A few weeks ago I wrote about an idea I’d had when I was looking back at some of the fantastic drawings and cards our children have created over the years.  We have a tradition that we make cards for each other on Birthdays, Christmas and Mother/Father’s Day and their creativity literally astounds me.  I’ve kept them all along with some very special drawings and paintings and love spending time looking back at them.

So, the story behind my idea was this;   18 years ago our son, Corey, came home from Reception class with a drawing.   He was about 4 years old at the time and we had been reading Roald Dahl stories to him every night before he went to sleep and The BFG was one of his favourites.  Anyway, in he came with the most amazing picture which I have treasured ever since.  The details are all there; the big ears, the cloak, the trumpet and the sack! 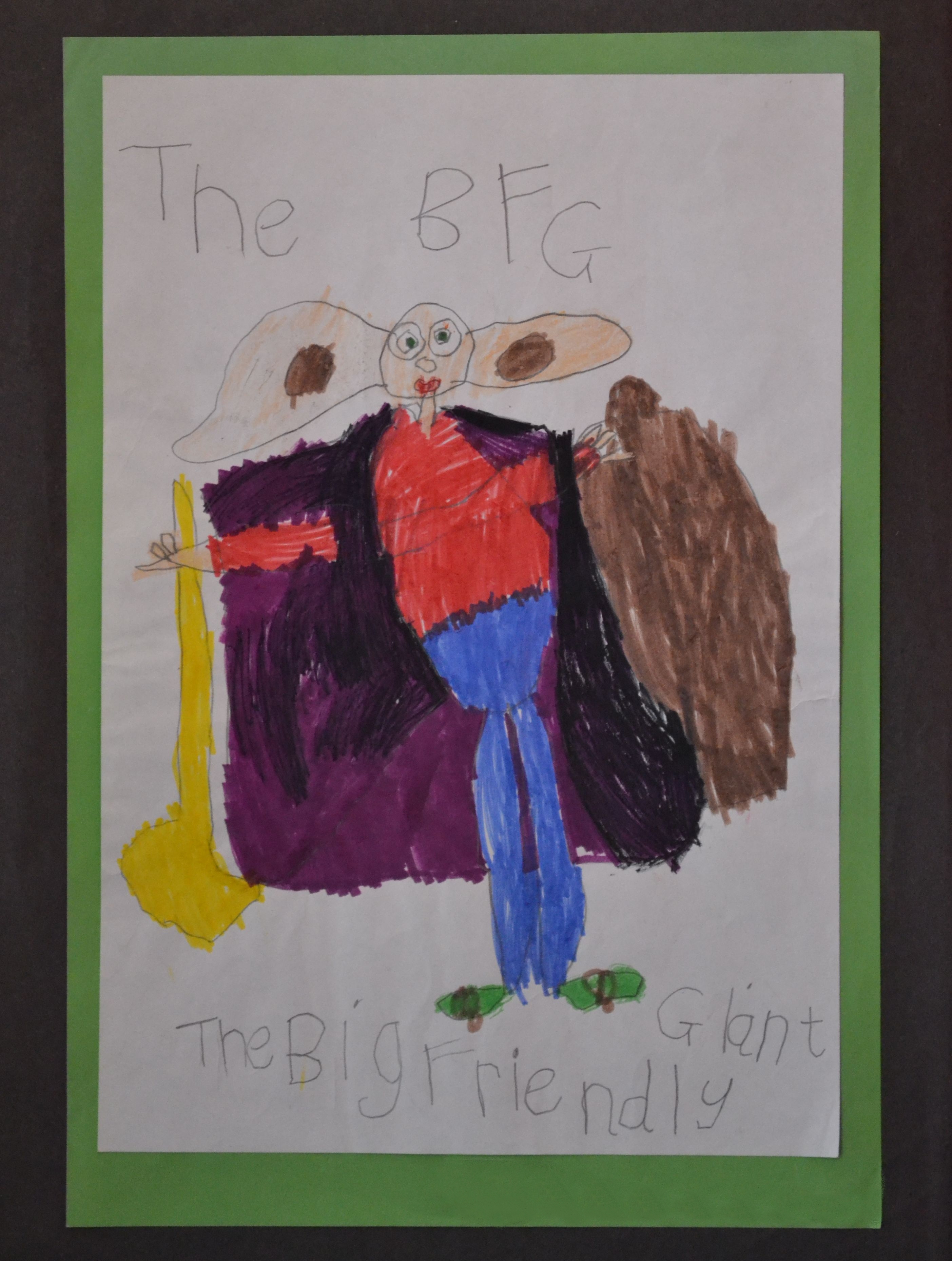 I keep the pictures in an old suitcase but it crossed my mind that if anything happened to them I would be heartbroken, so I decided to create a mosaic copy.  The BFG was lovely to copy but the writing was a bit fiddly … 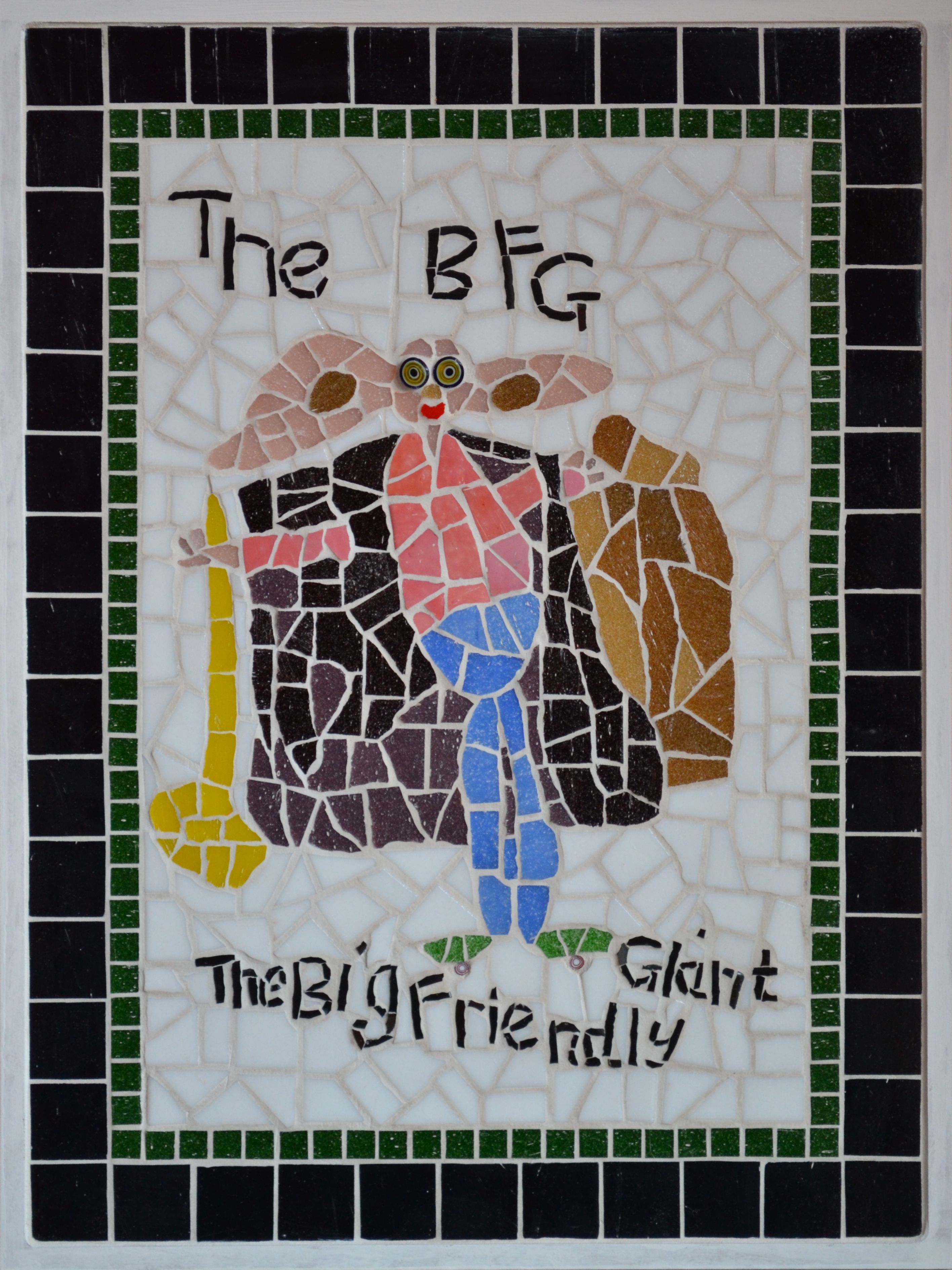 Now, I’m going to pull the suitcase out again and find a special picture by our daughter.  Watch this space …..! 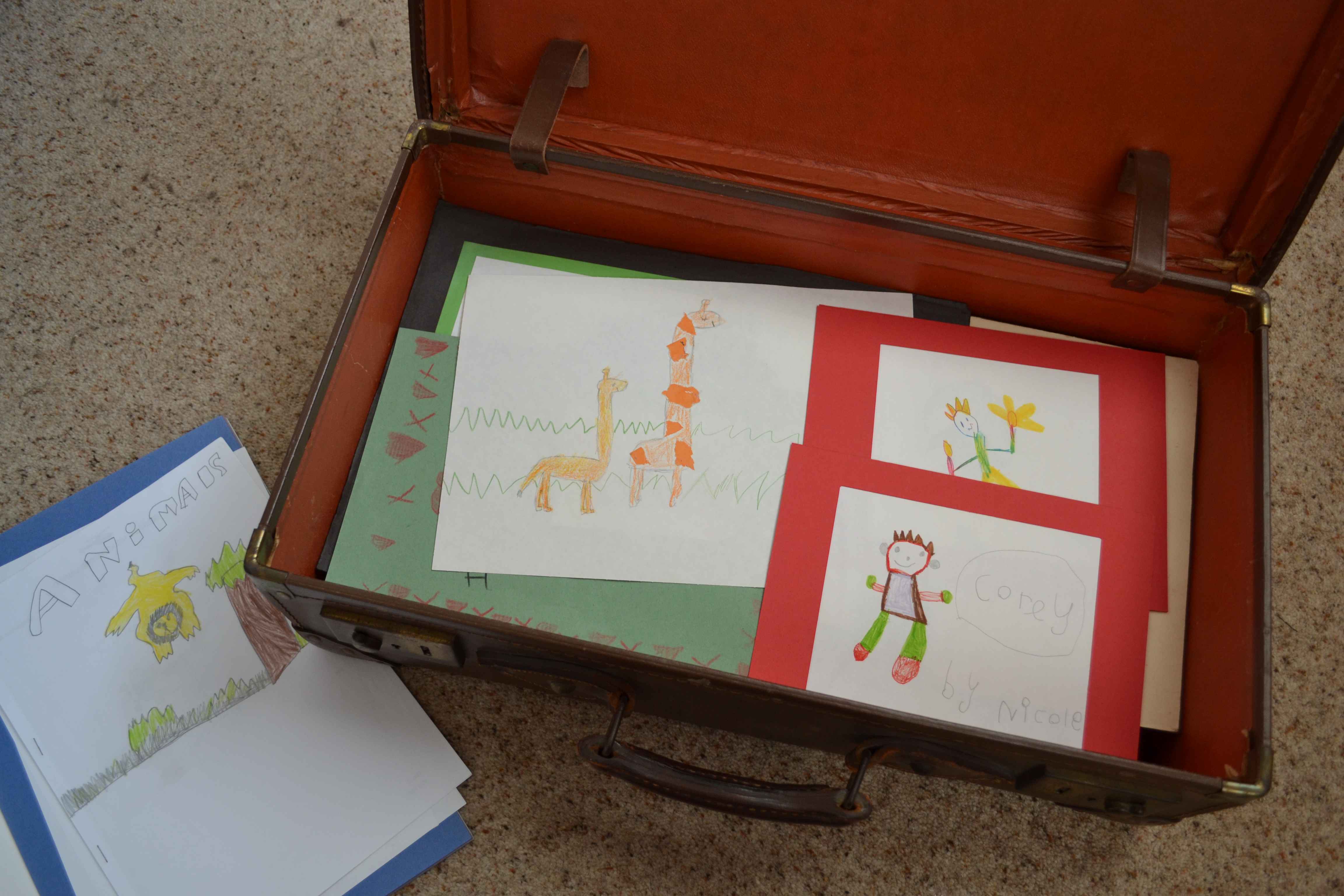 I always think how sad it looks when you see a glove laying on the floor separated from it’s partner. It always brings back memories of when I was a child and had my gloves attached to each other by a long crocheted cord, threaded up one sleeve and down the other.  I hate losing things.

When I go to the woods I often see a glove, attached to a branch by a passer-by, so I started taking photographs of them ….. 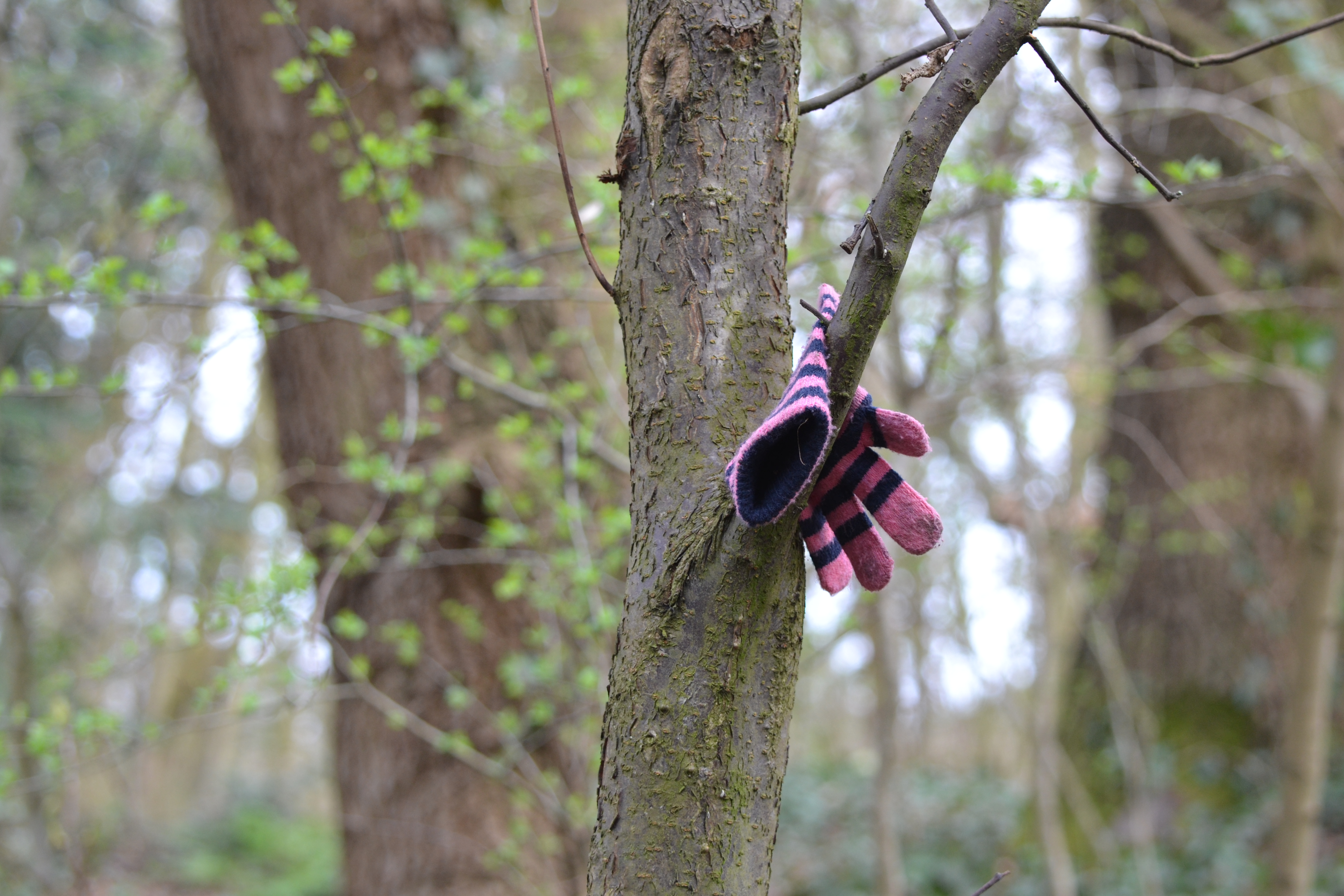 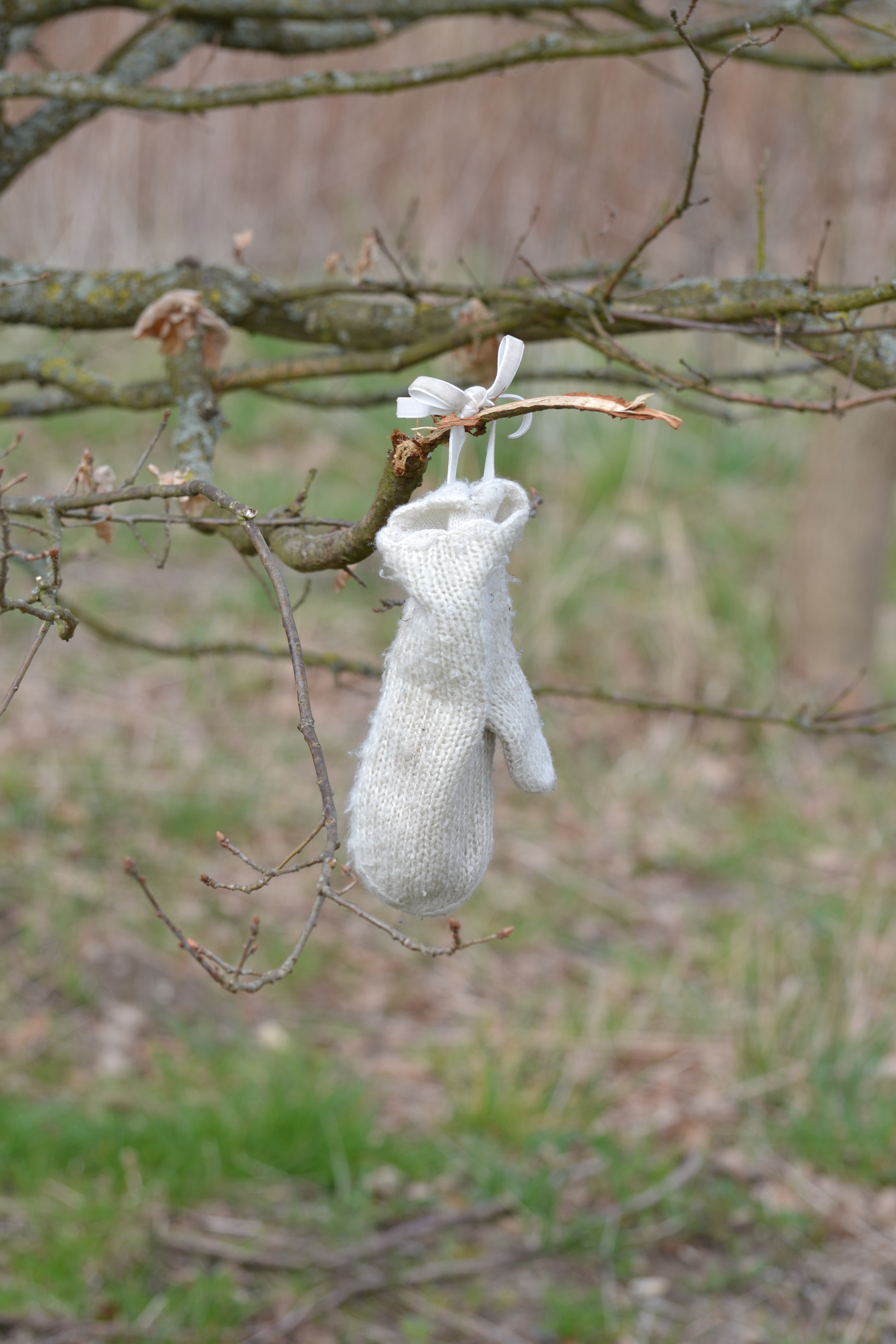 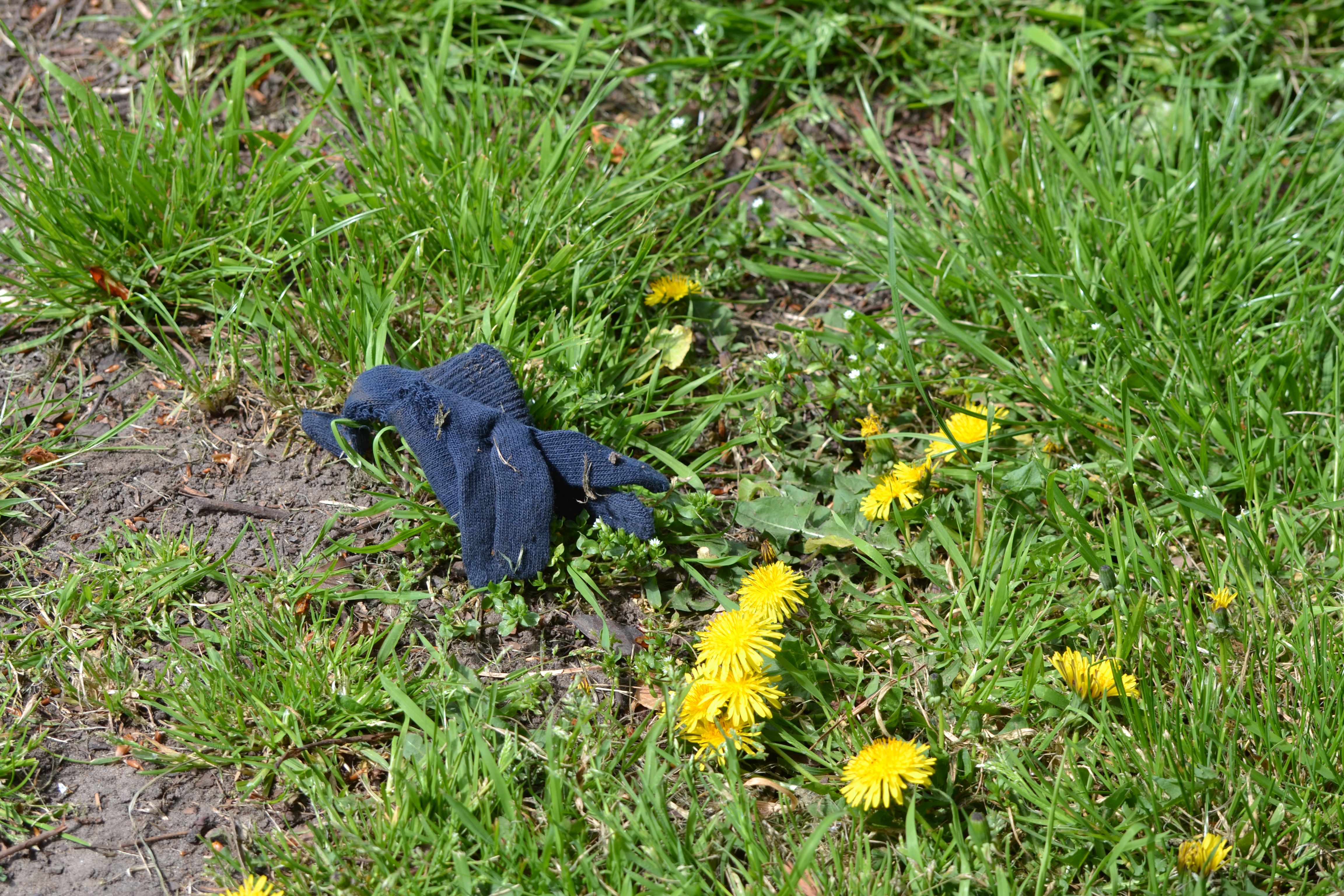 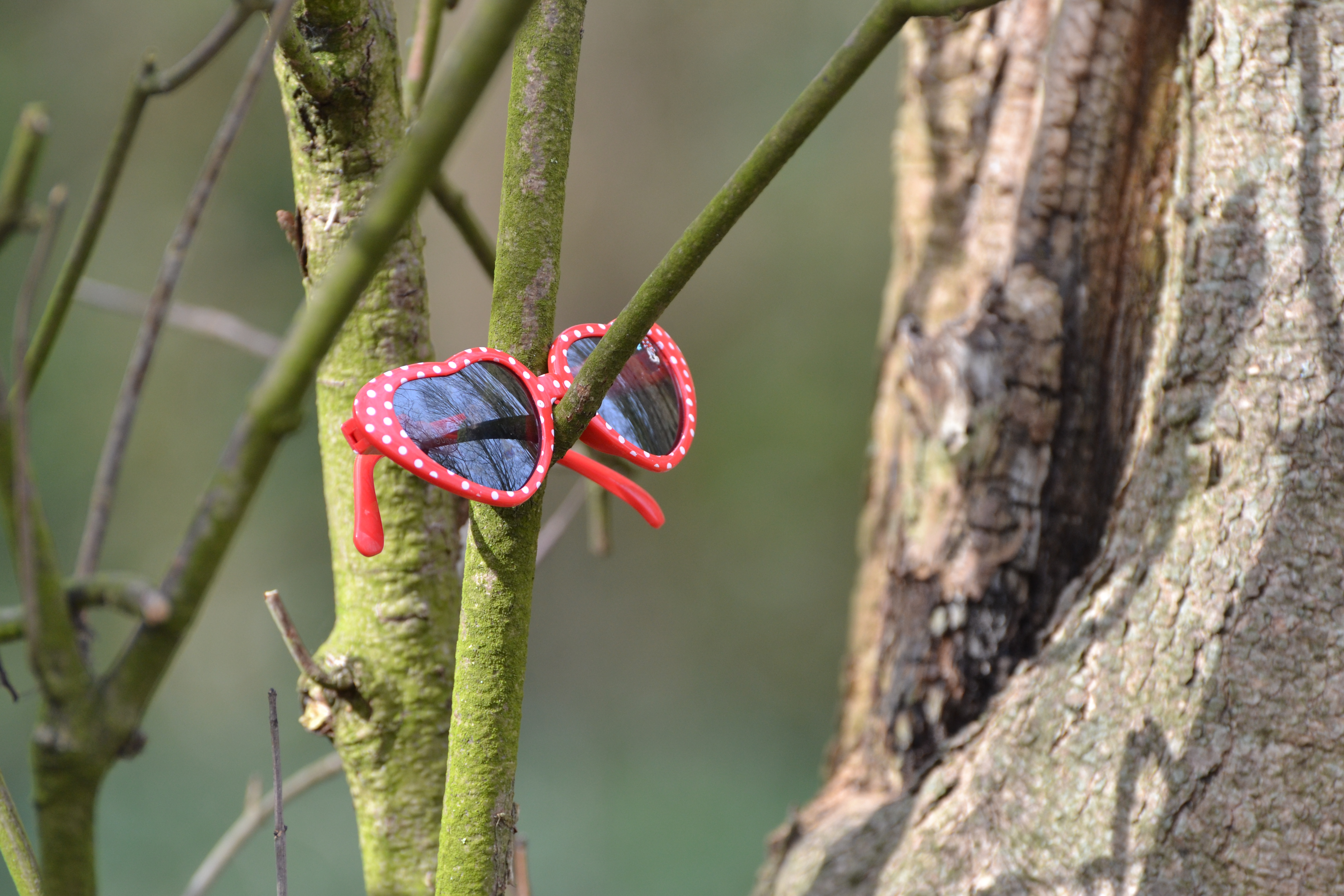 I love these red Minnie glasses.  I would have been VERY upset if I’d lost these. 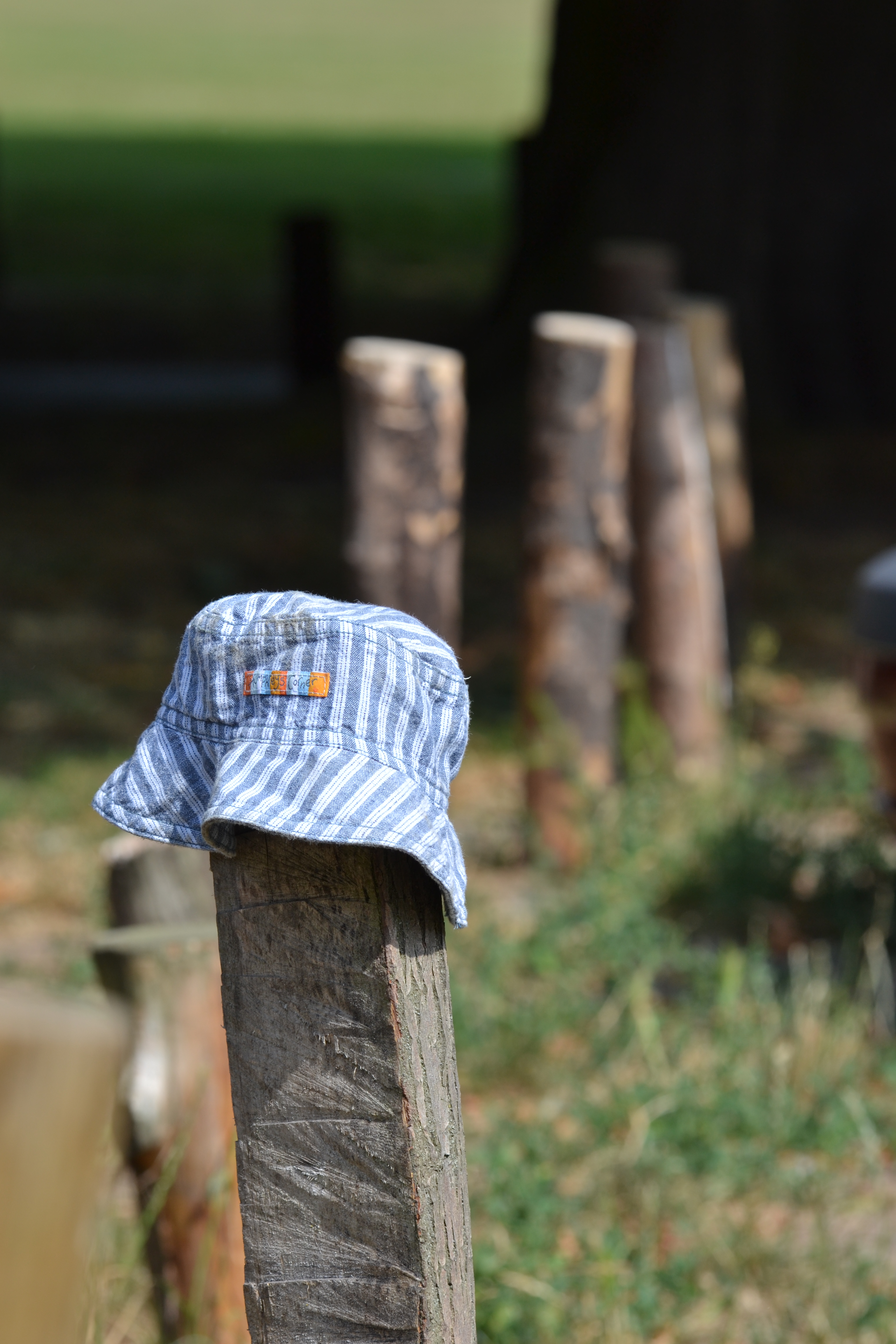 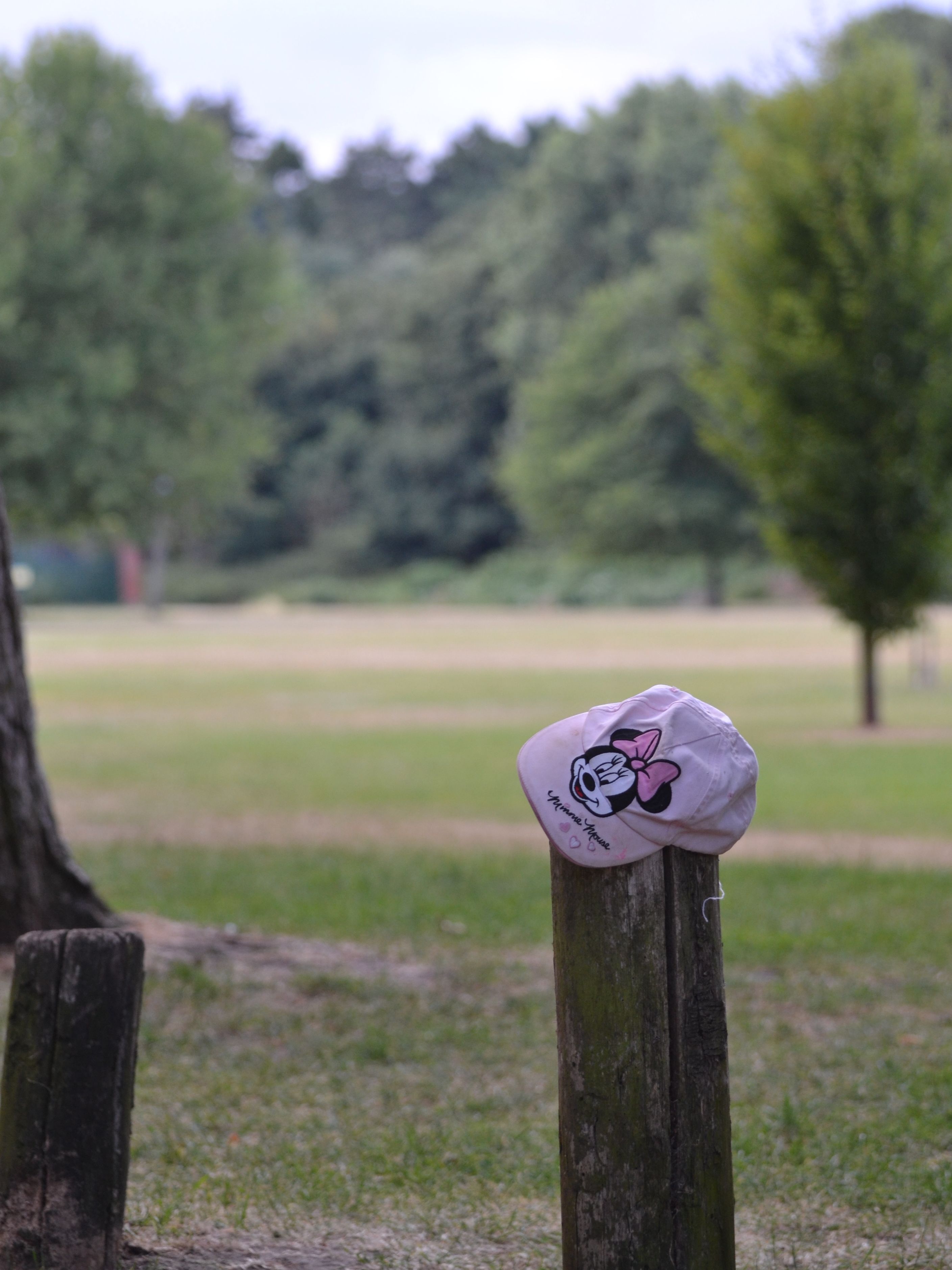 It looks like Minnie Mouse fans are very careless! 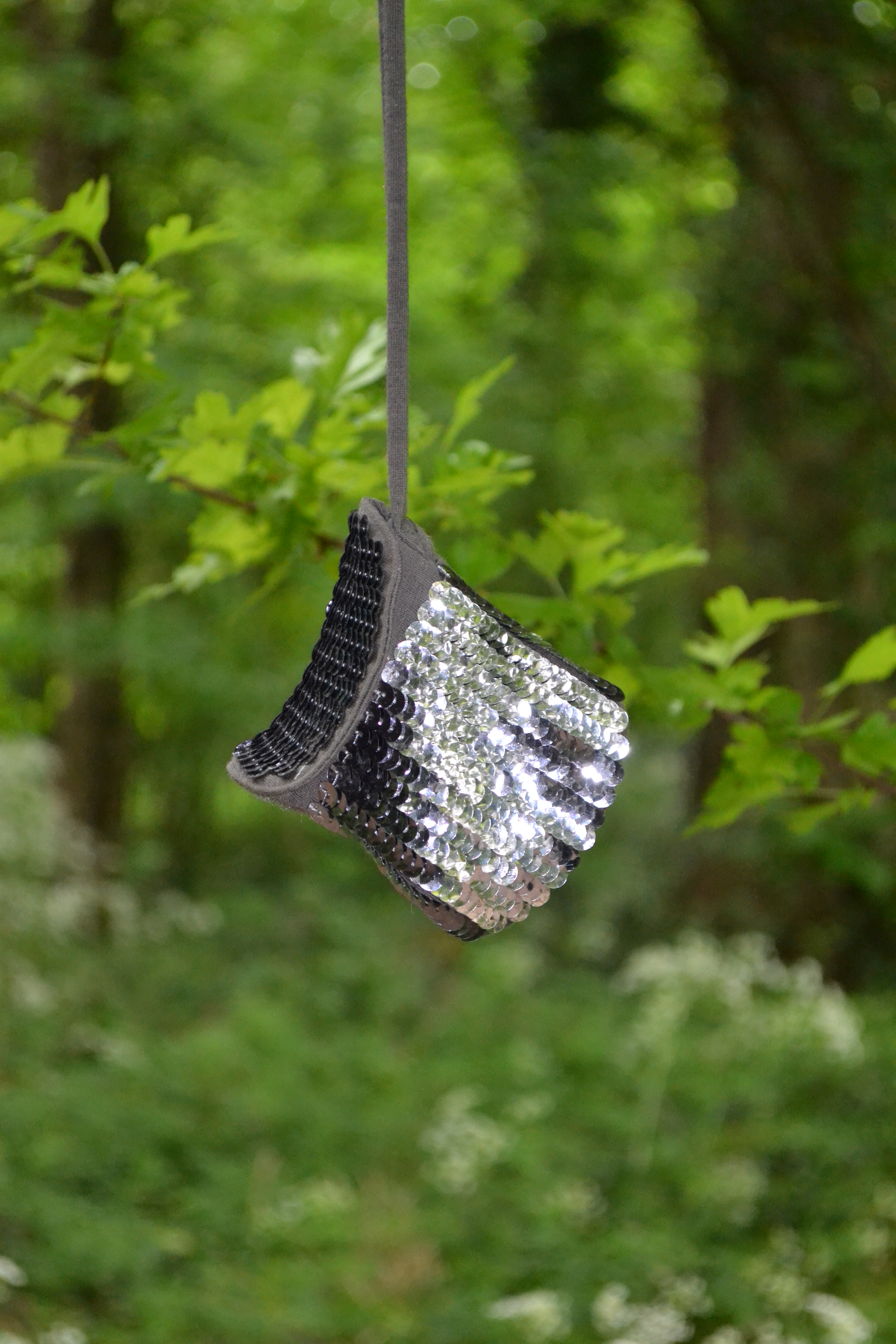 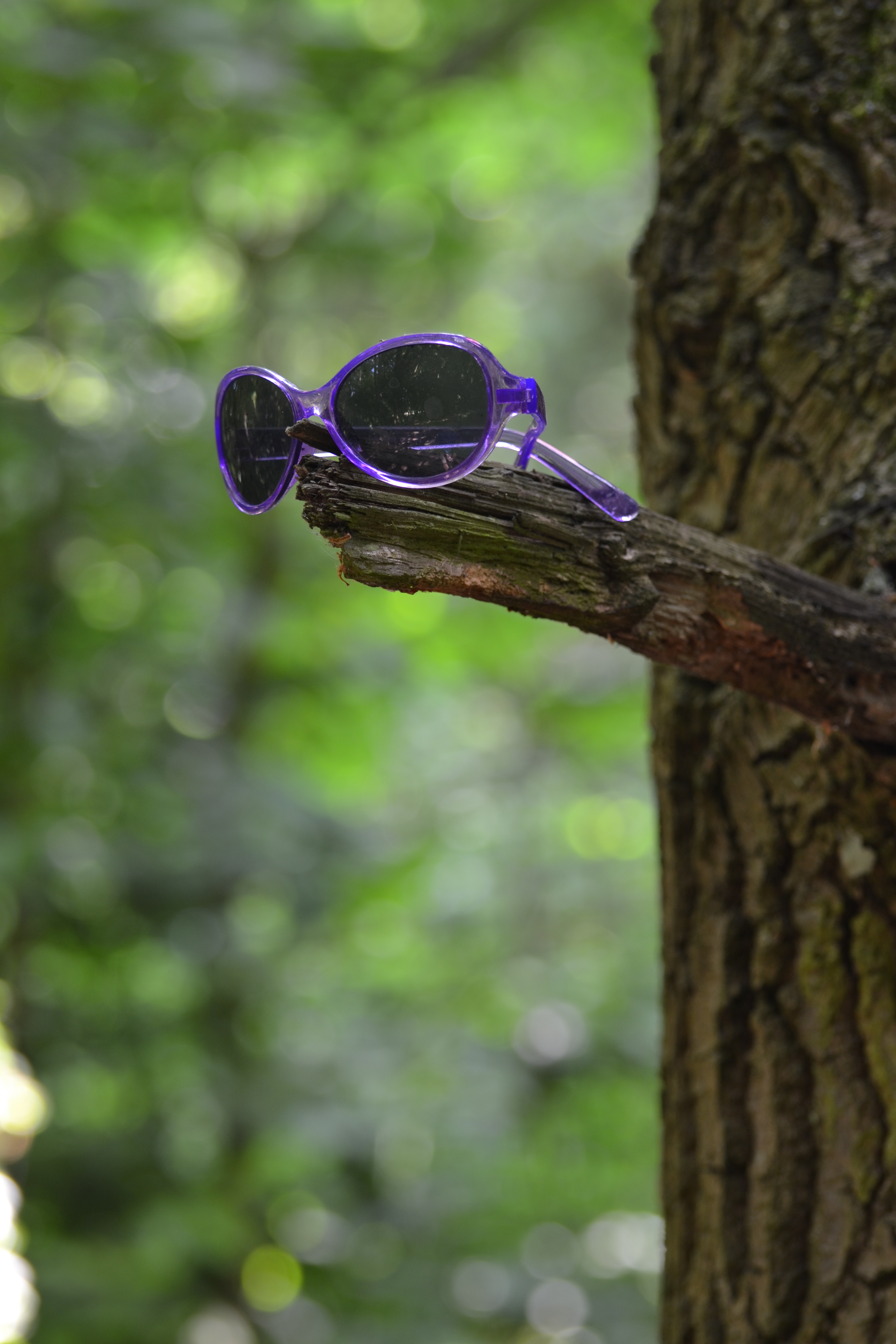 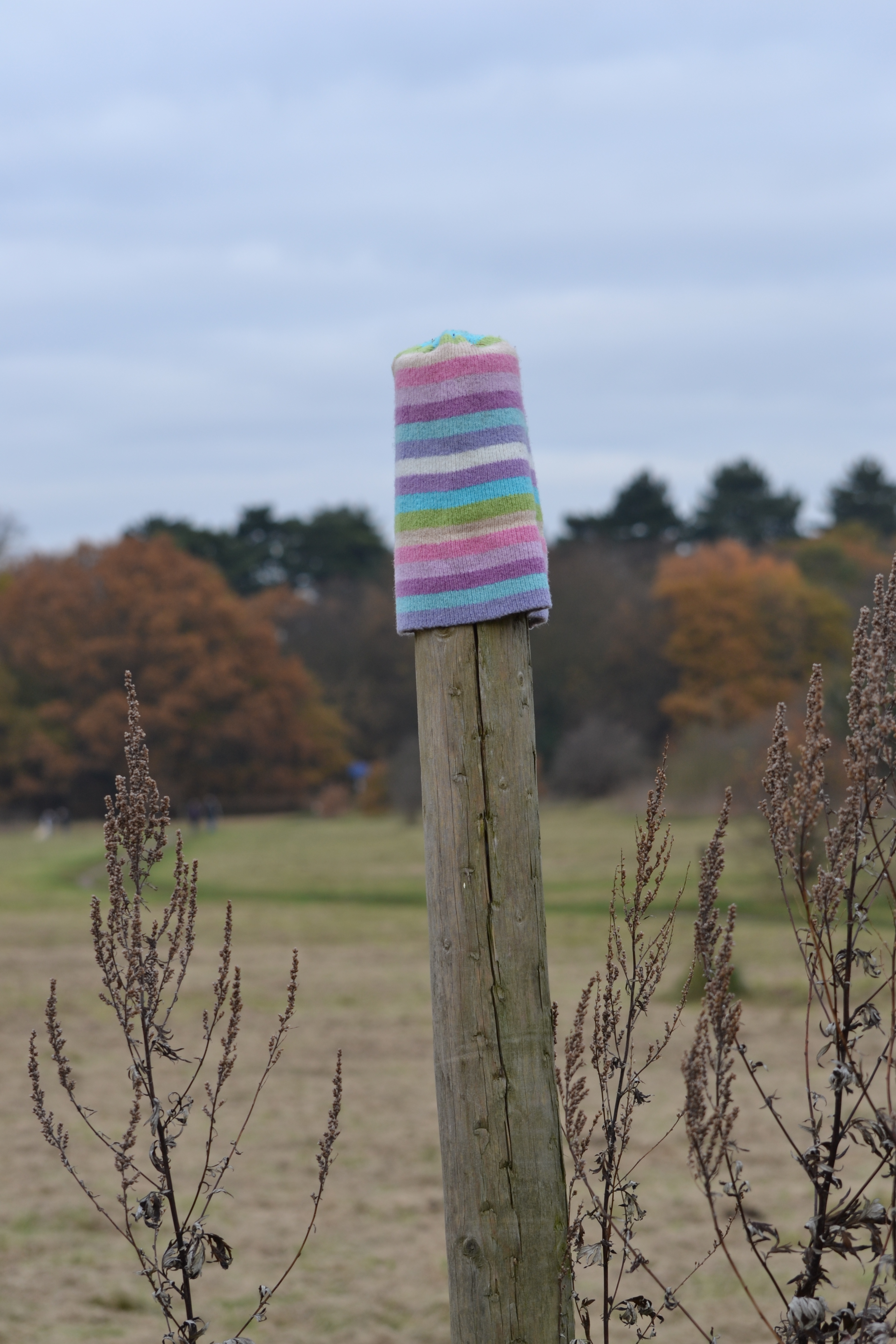 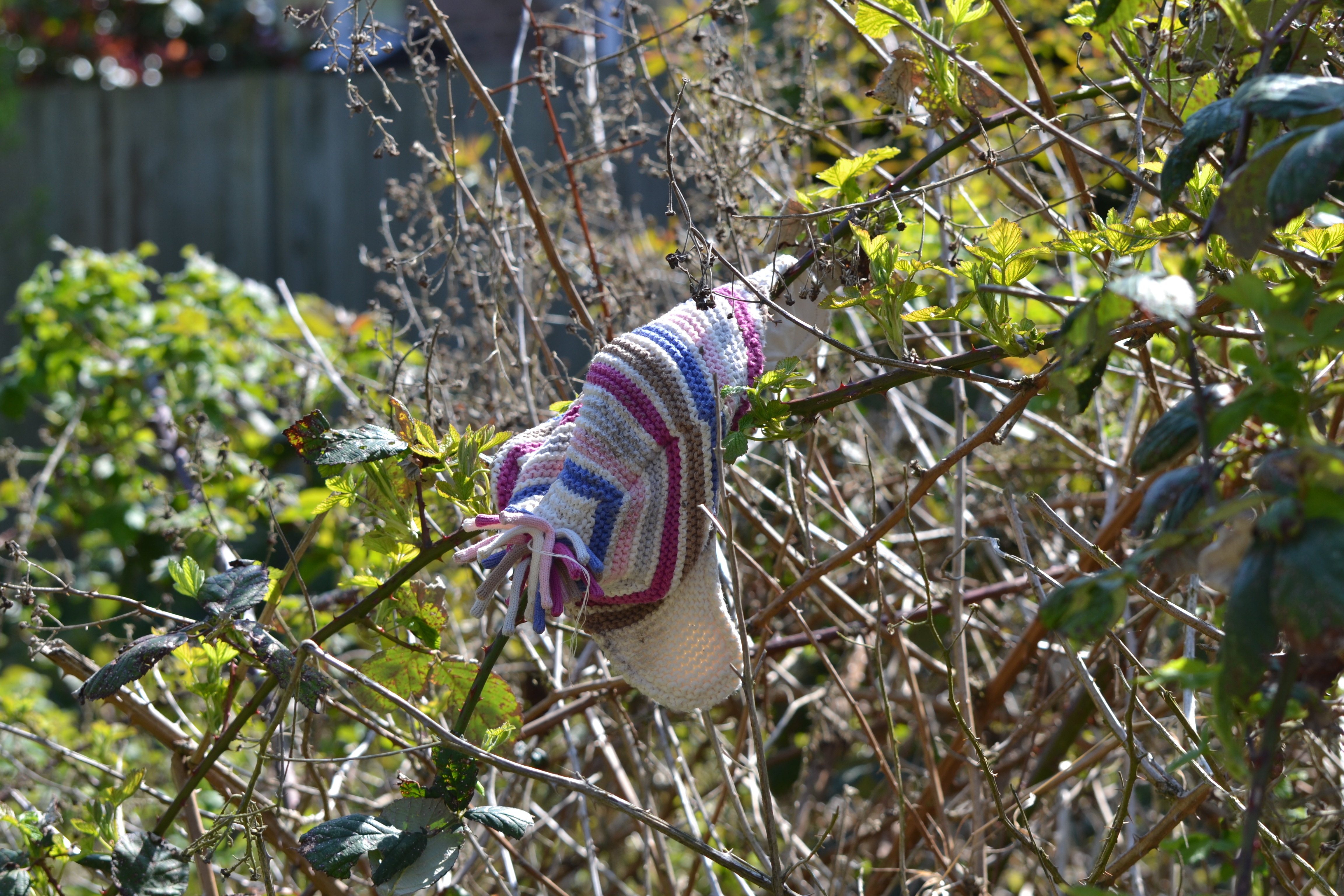 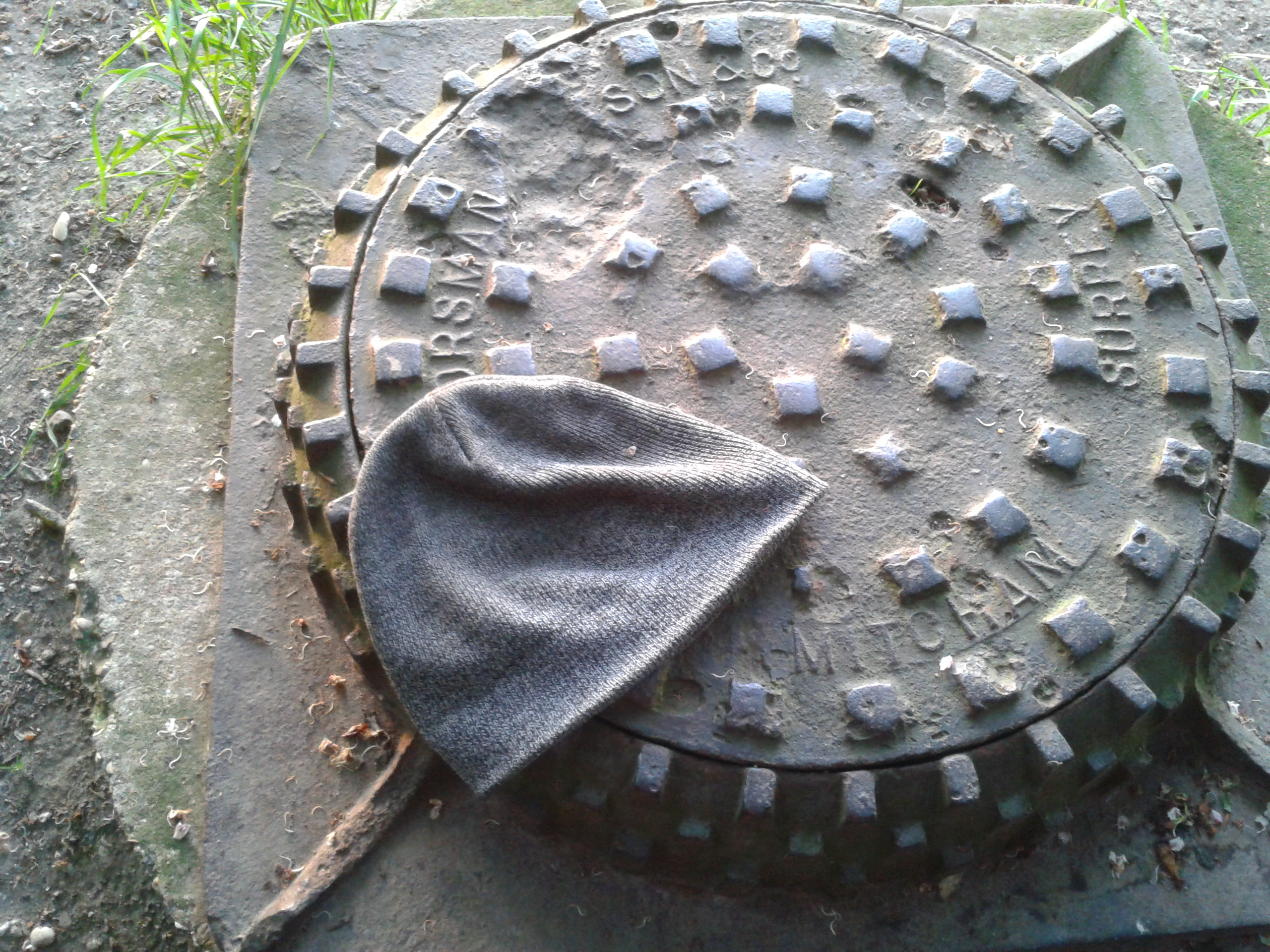 I read a post on Facebook in December about a well-loved cuddly lion which was found on a train between London and York.  The lion was photographed over the weekend in a pub, hotel, backstage at a Panto and even watching Strictly on TV.  Updates were posted on Facebook and Twitter until someone recognised the lion and it was happily reunited with a little girl.  Brought a big smile to my face 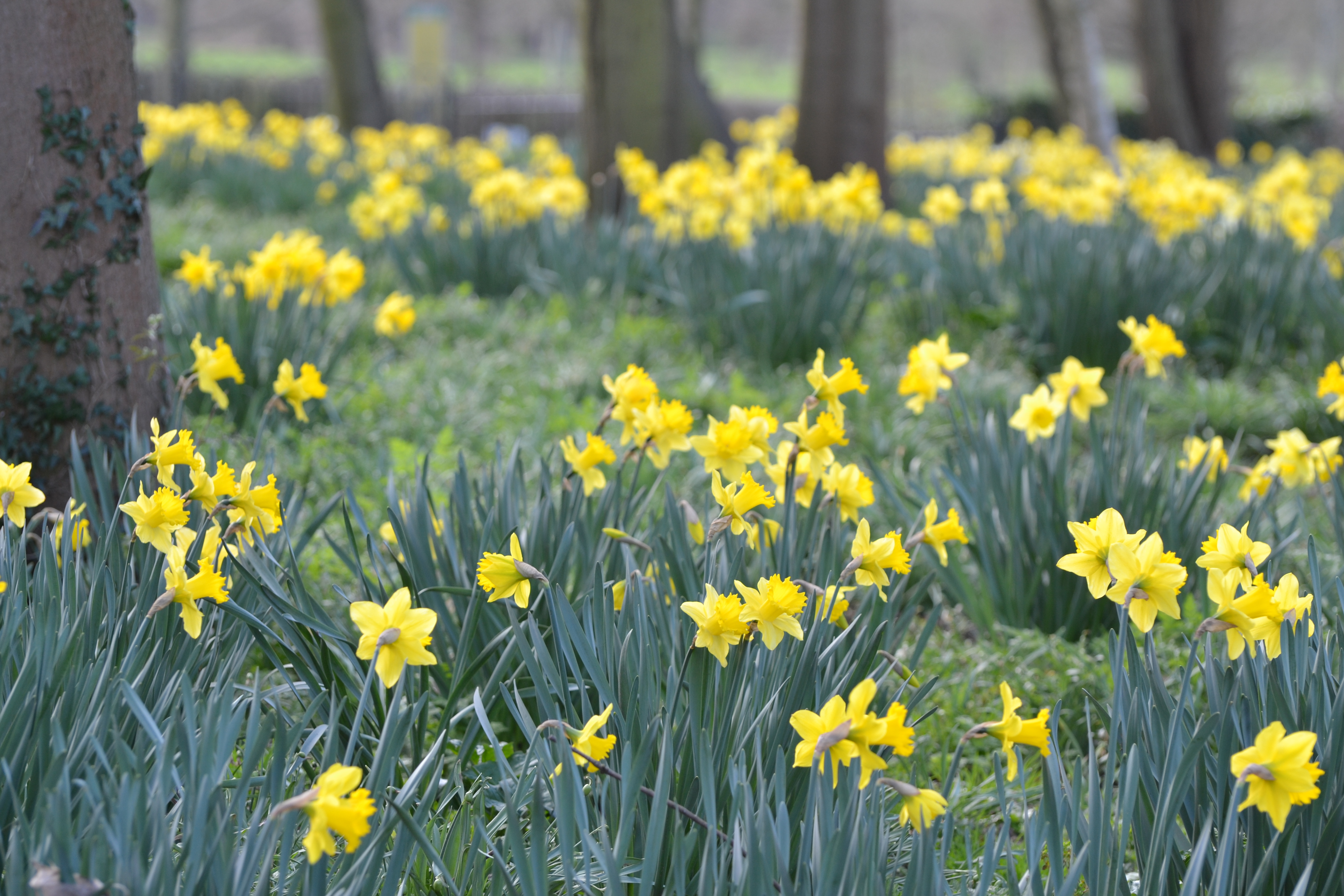 Such a beautiful display of daffodils can’t help but make you smile. 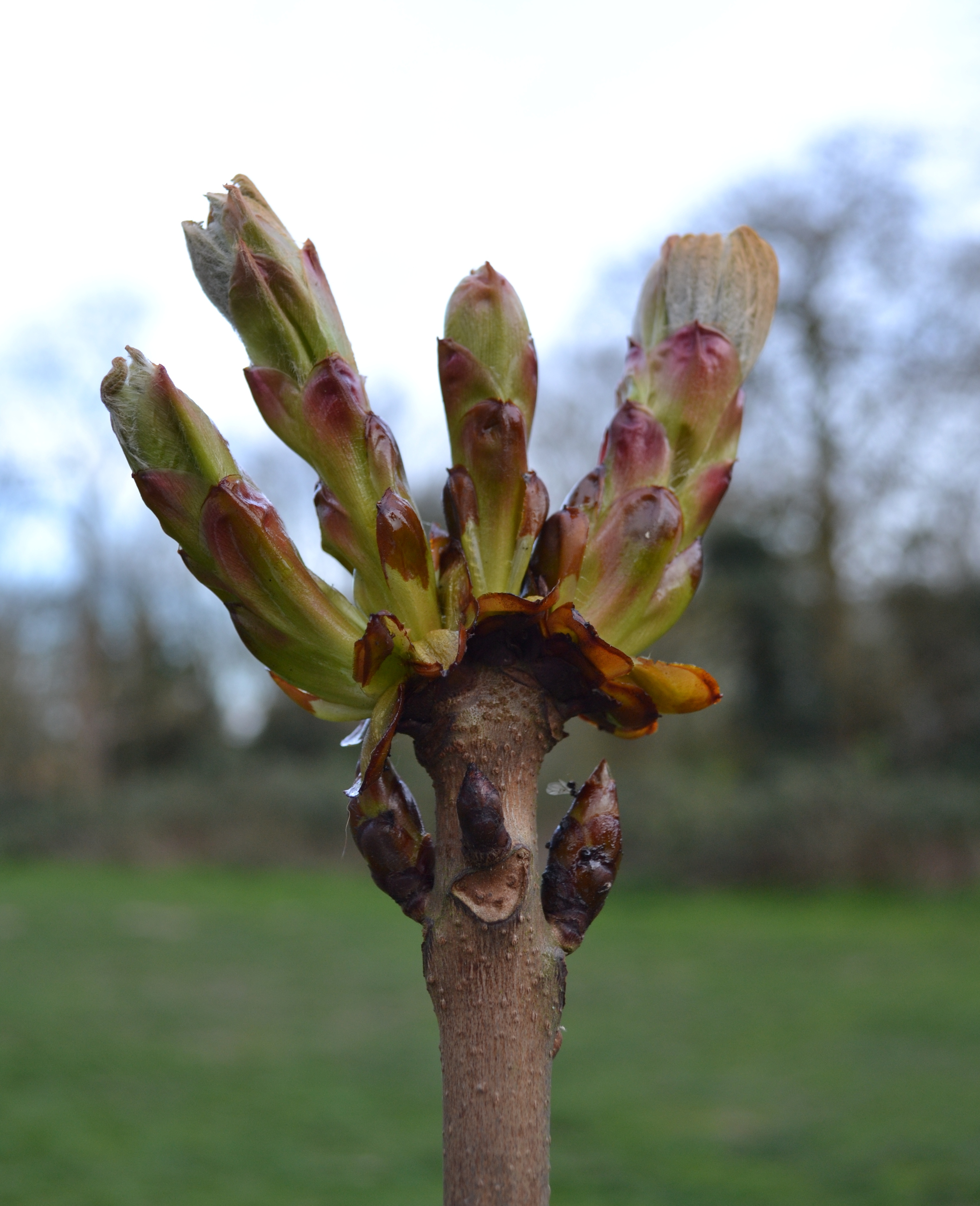 This tree was damaged a couple of years ago and was cut off at about 3 ft high.   Nature has worked it’s magic and the little tree continues to thrive.  Such healthy leaf buds too. 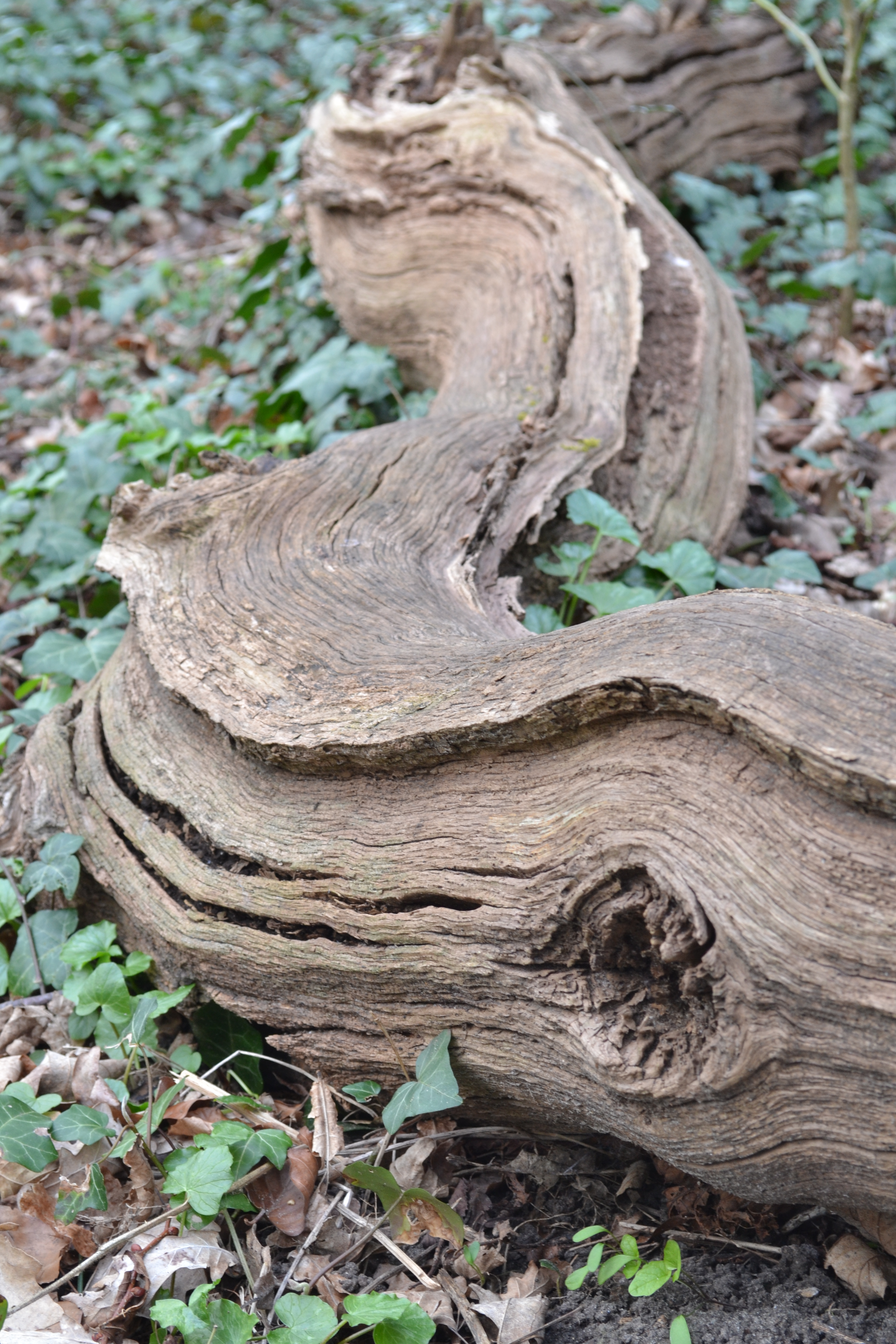 I found this beautiful twisted log today, wish I could have dragged it home with me ……..

Three weeks ago I came down with a virus and ended up losing my voice for a good 3 – 4 days, but although I’ve been very quiet I have also been very busy.  I’m actually working on three different projects, but I can only share one of them at the moment.

I’ve made two more hearts; one has been ordered and the other will go into my shop later. 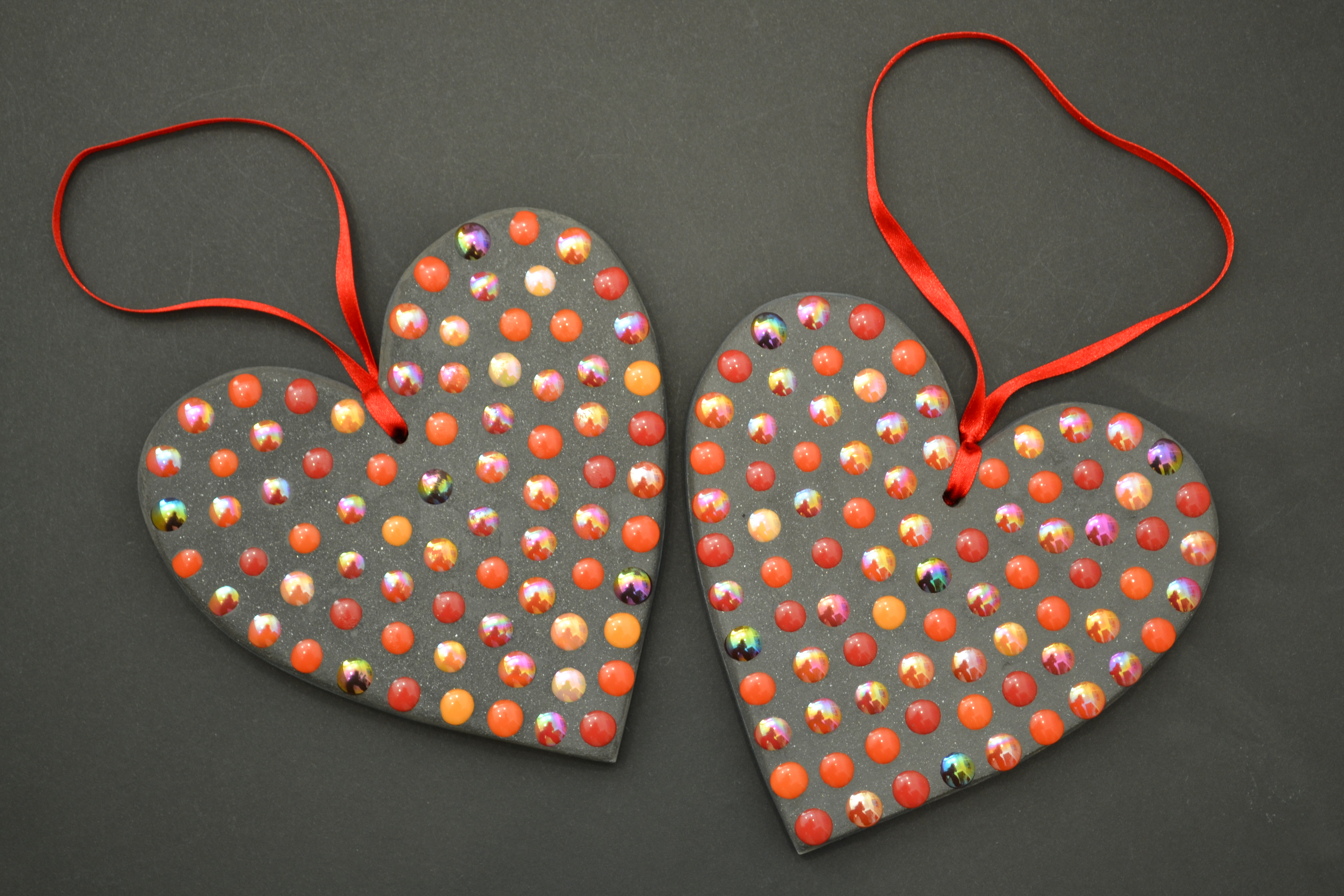 The other day I was rummaging through a suitcase full of old photographs, home made cards and our children’s drawings and the beginnings of an idea came to me.  Now I’m not sure if the buzzing in my head was the virus or the new idea bouncing around!   It’s part way in the making and the first one should be finished it in the next week.