At the beginning of November we rented a cottage, threw some waterproof clothes in a bag and headed off to Dorset for five exciting days.  The drive there was foggy and we arrived late evening in the dark.  So, after unpacking there was nothing else to do but crack open the complimentary bottle of wine and settle in for the night.

On the first day we drove to Charmouth along the Jurassic Coast to have a go at fossil hunting.  We hired some equipment and set about splitting open likely stones in the hope of finding an ammonite or two. 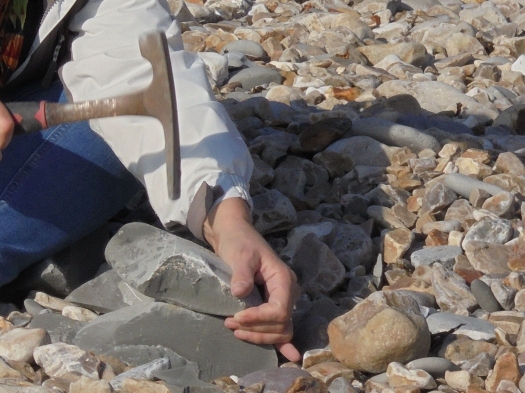 I didn’t having much luck and even what I thought was a fish fossil has since been disputed! 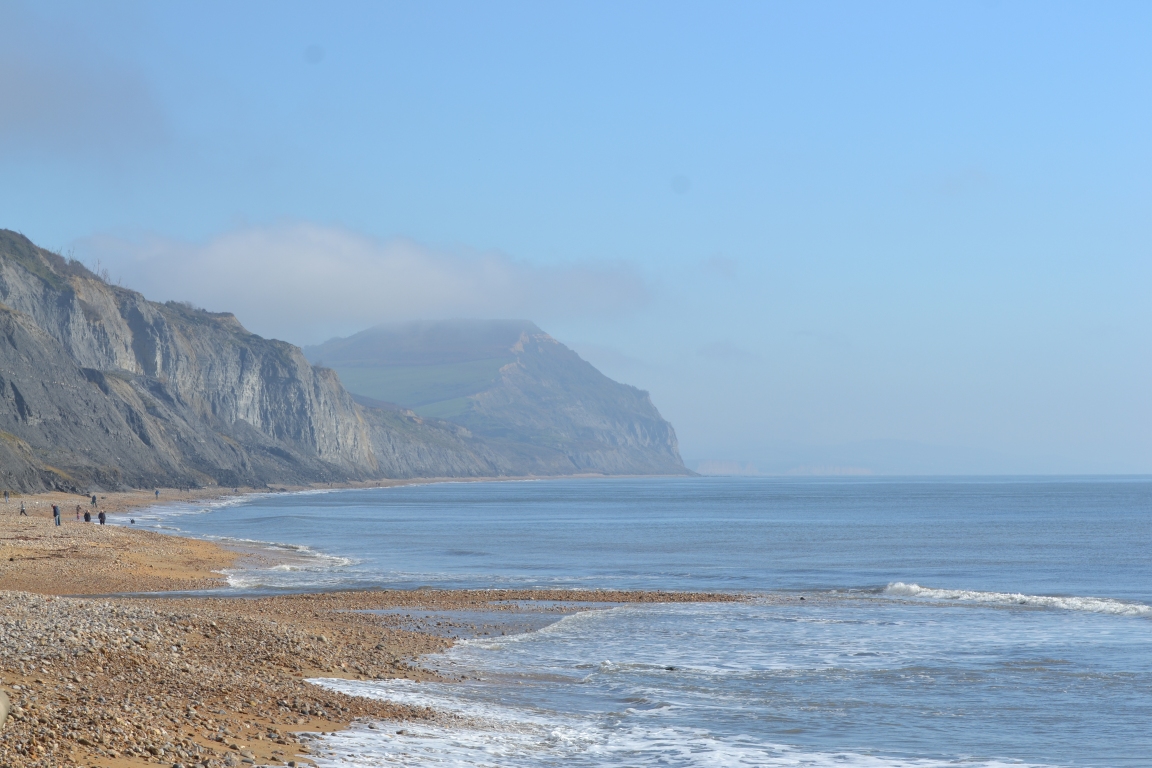 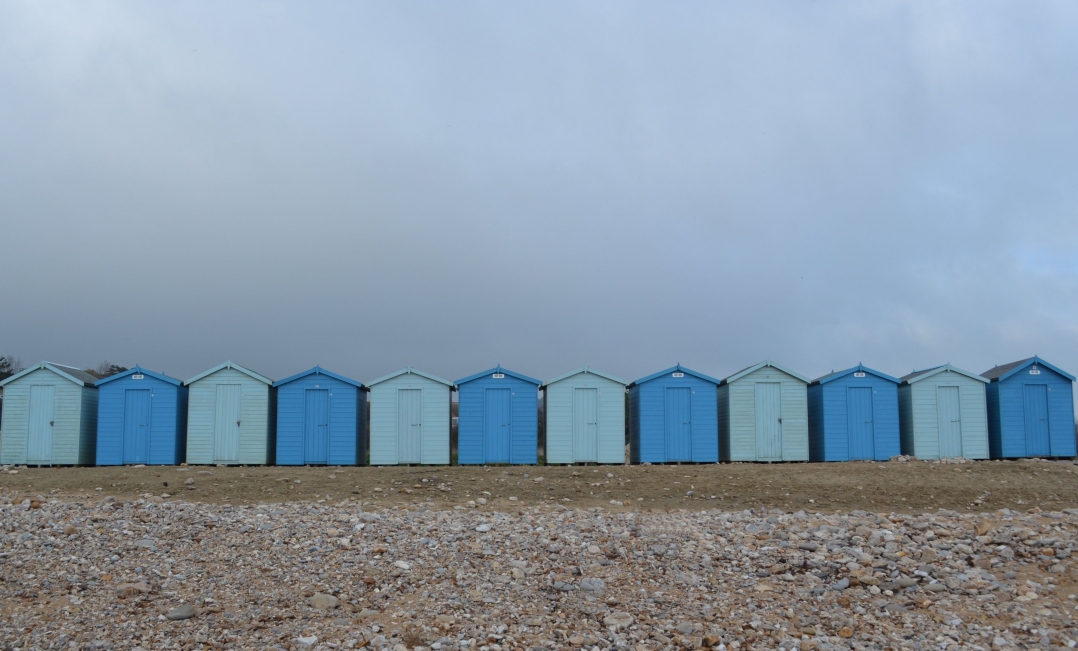 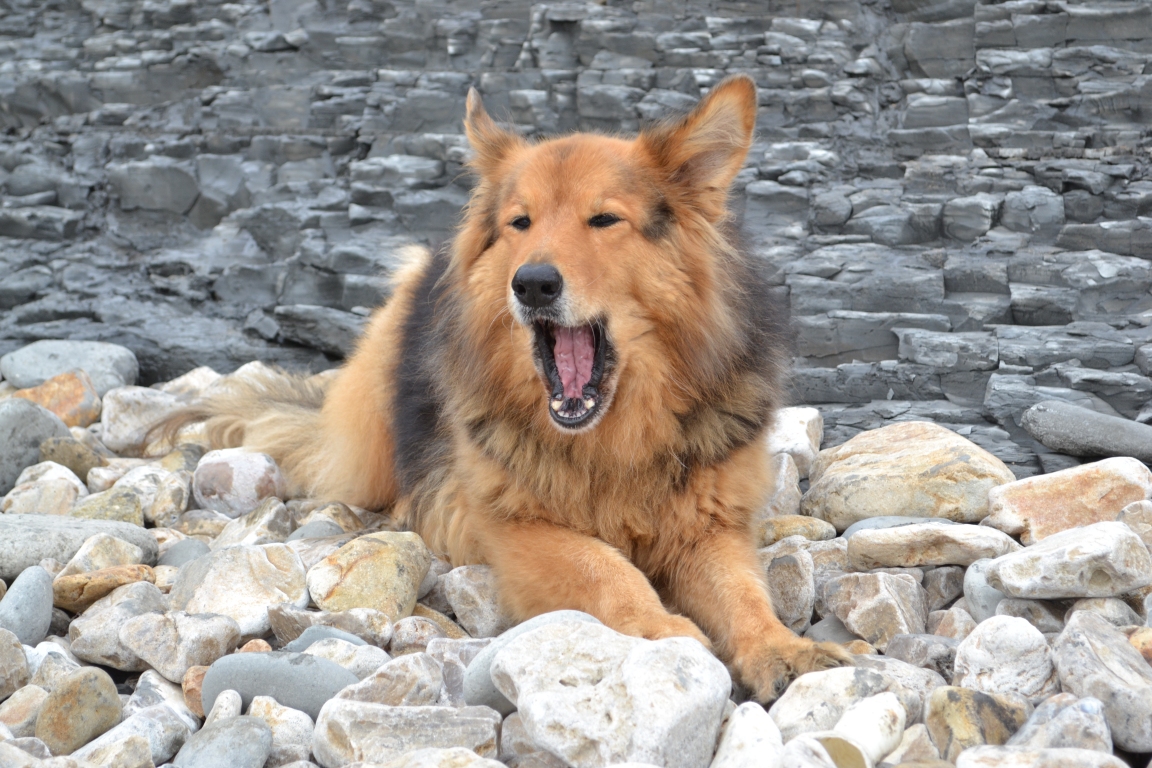 Someone had been very patient so we called it a day and headed back to the cottage. 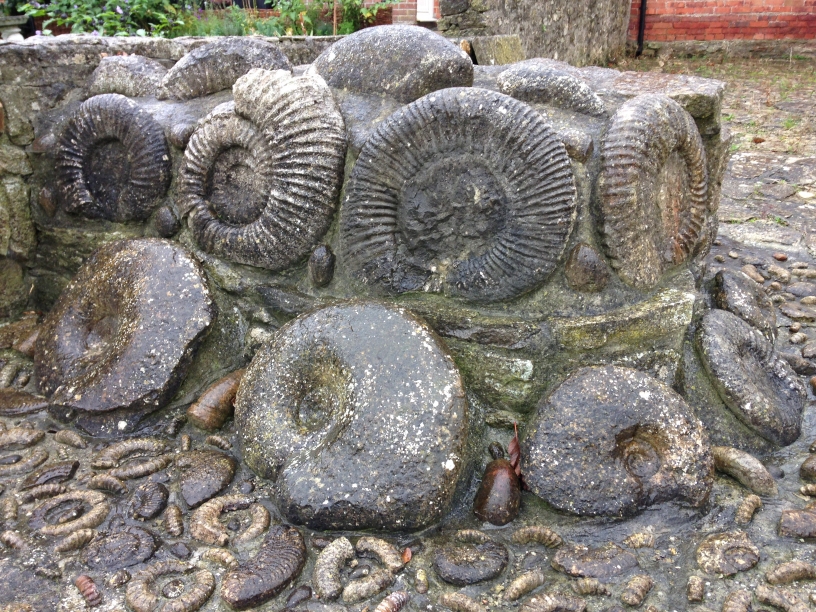 These were outside a nearby house (no wonder I couldn’t find any – they’re all here!)

The next day we drove to Sidmouth to visit my adopted donkey ‘Teddy’ at The Donkey Sanctuary.  The sanctuary was founded as a charity in 1969, by Dr Elisabeth Svendsen MBE and has given over 15,500 donkeys and mules in need lifelong care in the UK, Ireland and mainland Europe.  There are currently 5,800 donkeys in their care, 500 of which are homed in Sidmouth. 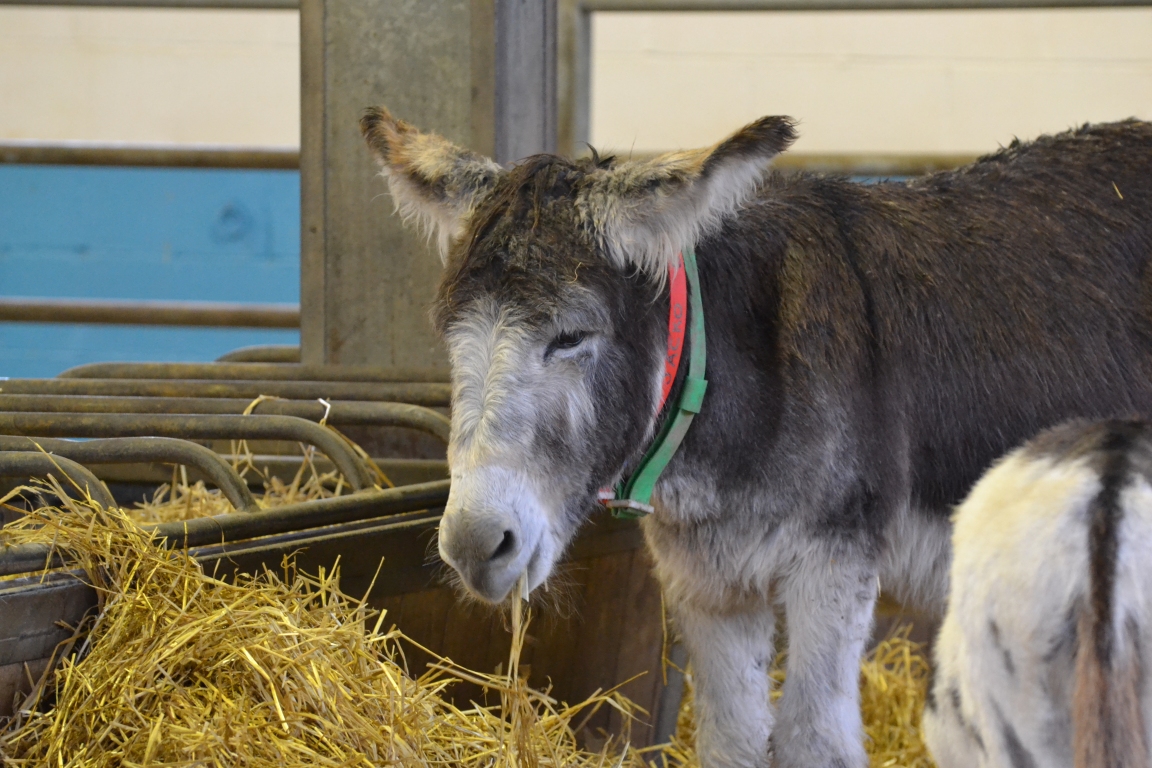 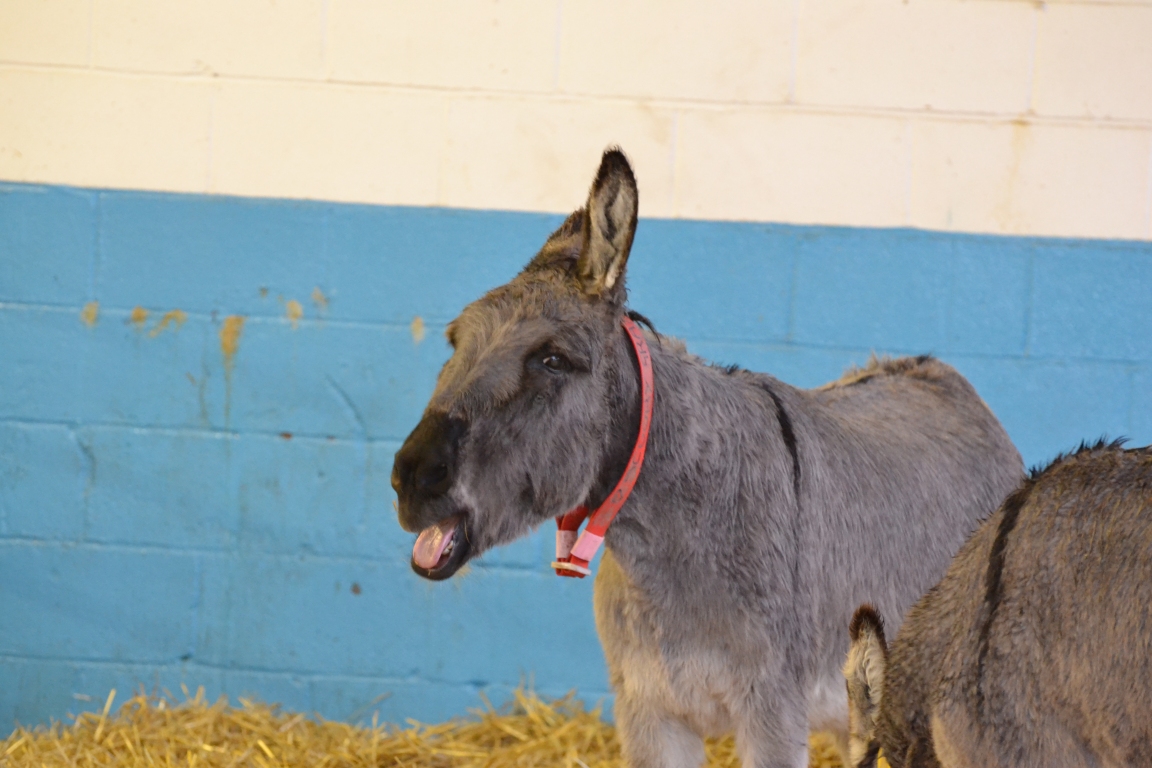 It was lovely to see the donkeys and mules in such beautiful surroundings. 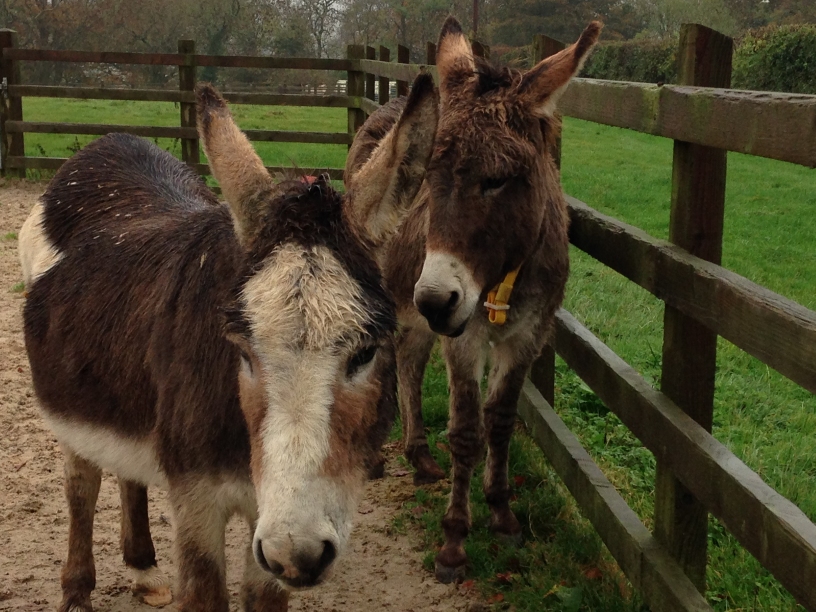 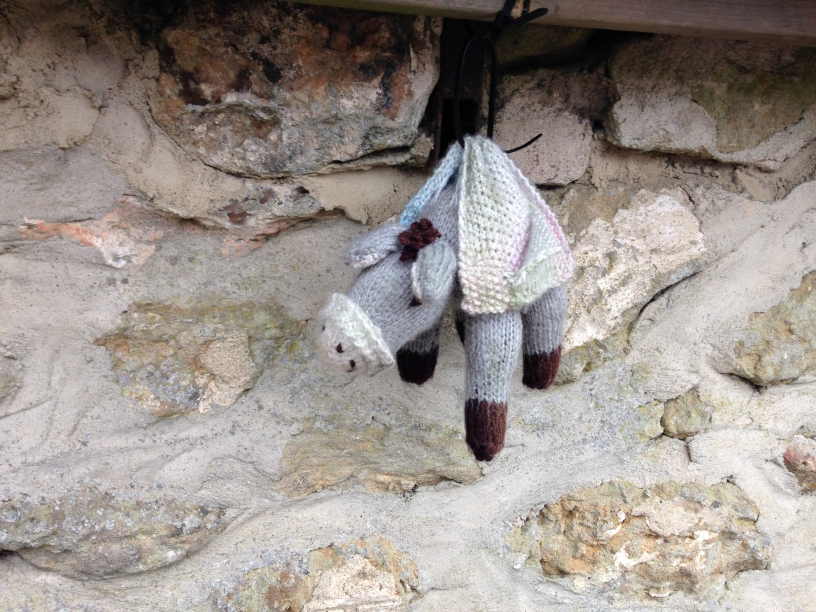 Some days we did nothing more than take a walk along the narrow lanes and explore the surroundings. 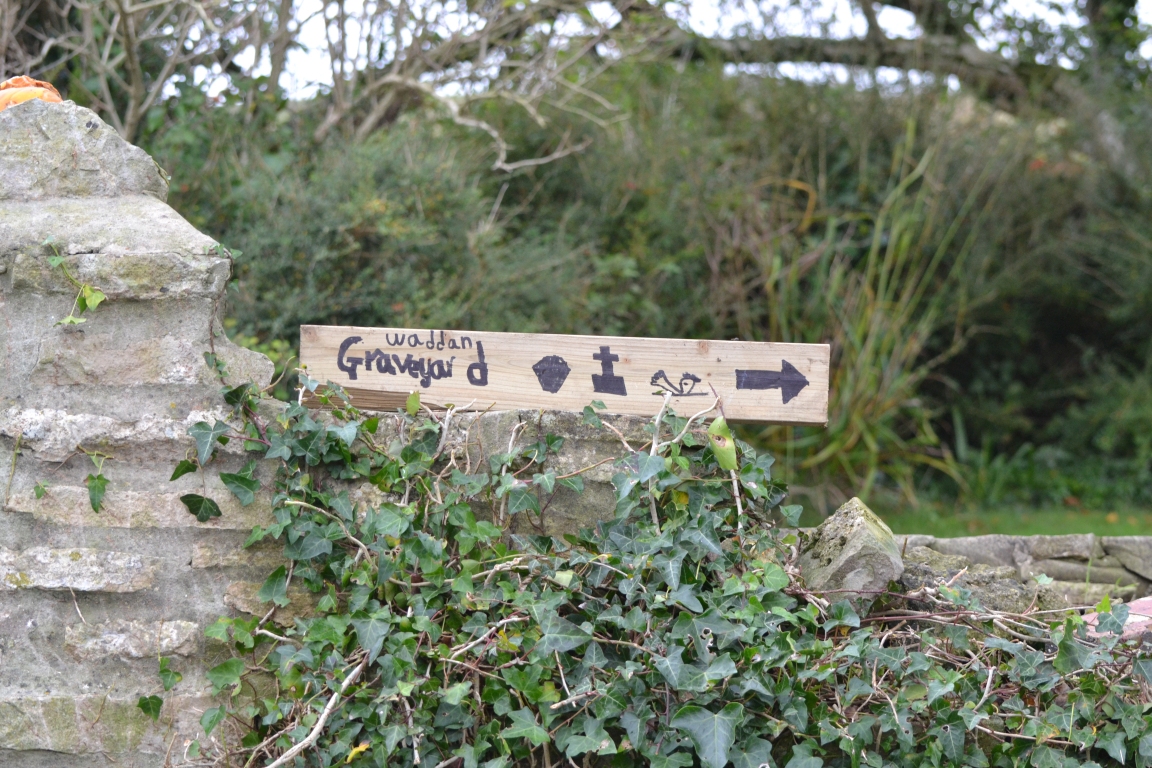 A big house along the lane still had pumpkins left over from Halloween.  I thought this childlike sign sitting on the wall was wonderful. 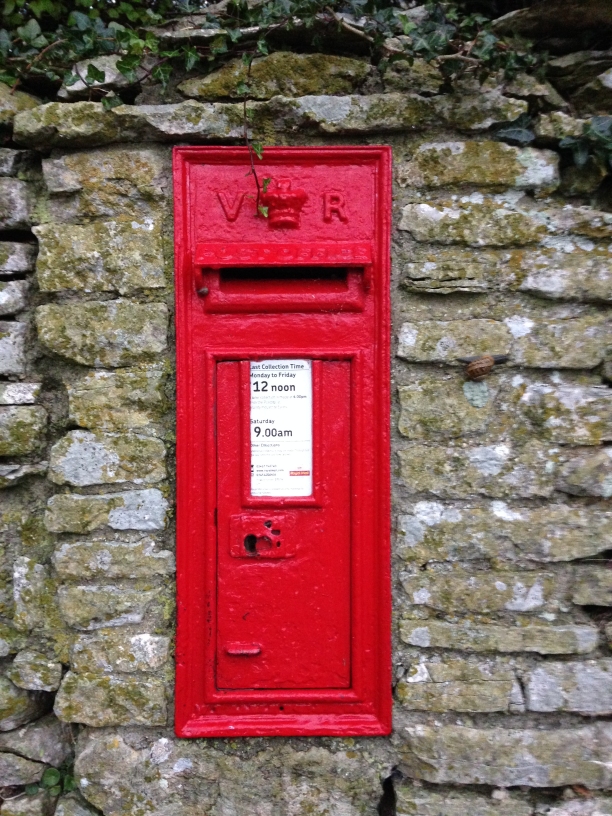 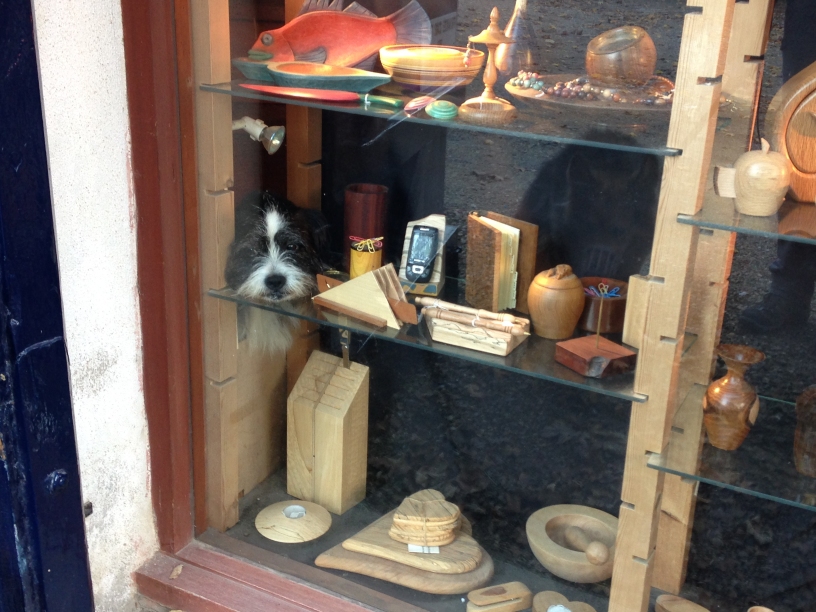 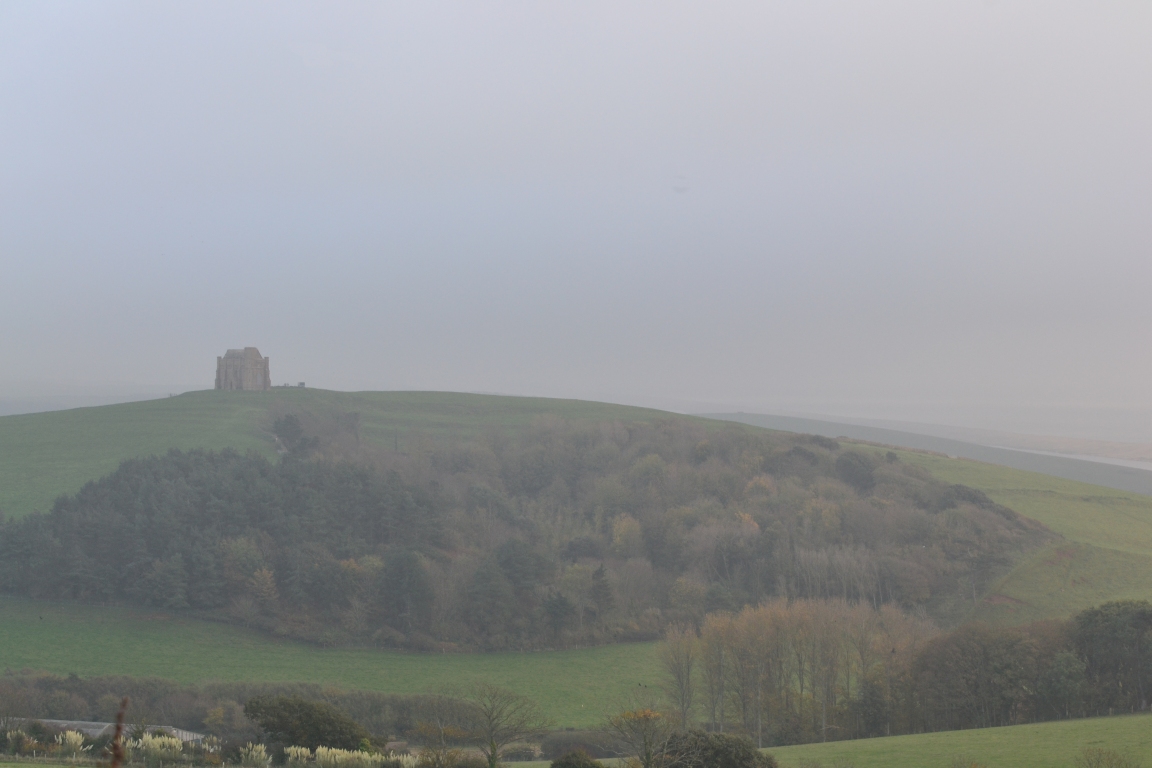 A foggy view over to St. Catherine’s Chapel in Abbotsbury.

Even on a grey day, the view was breathtaking.

We walked back down the hill from St. Catherine’s Chapel to the deserted Chesil beach. 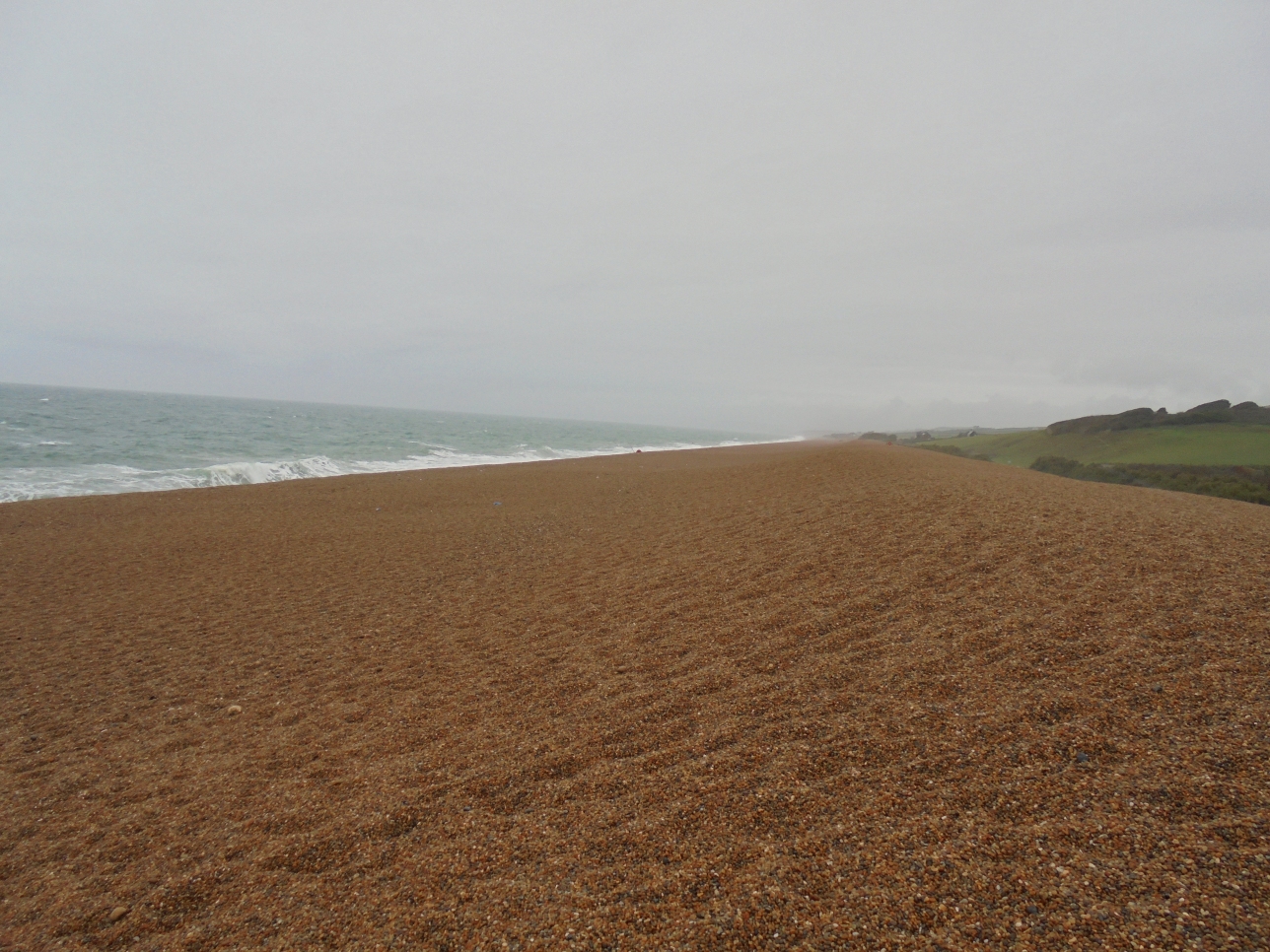 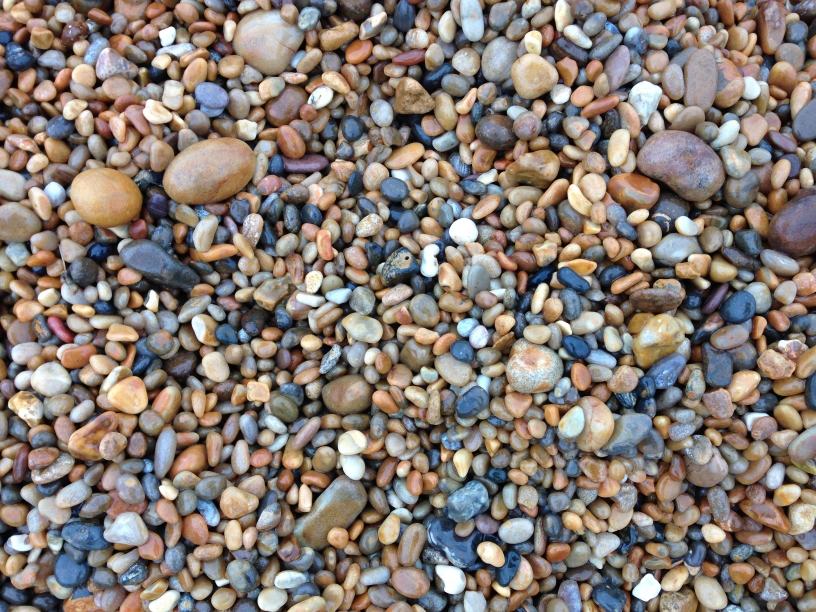 I couldn’t go home without taking a photo of a hilltop we’d passed several times during the week. 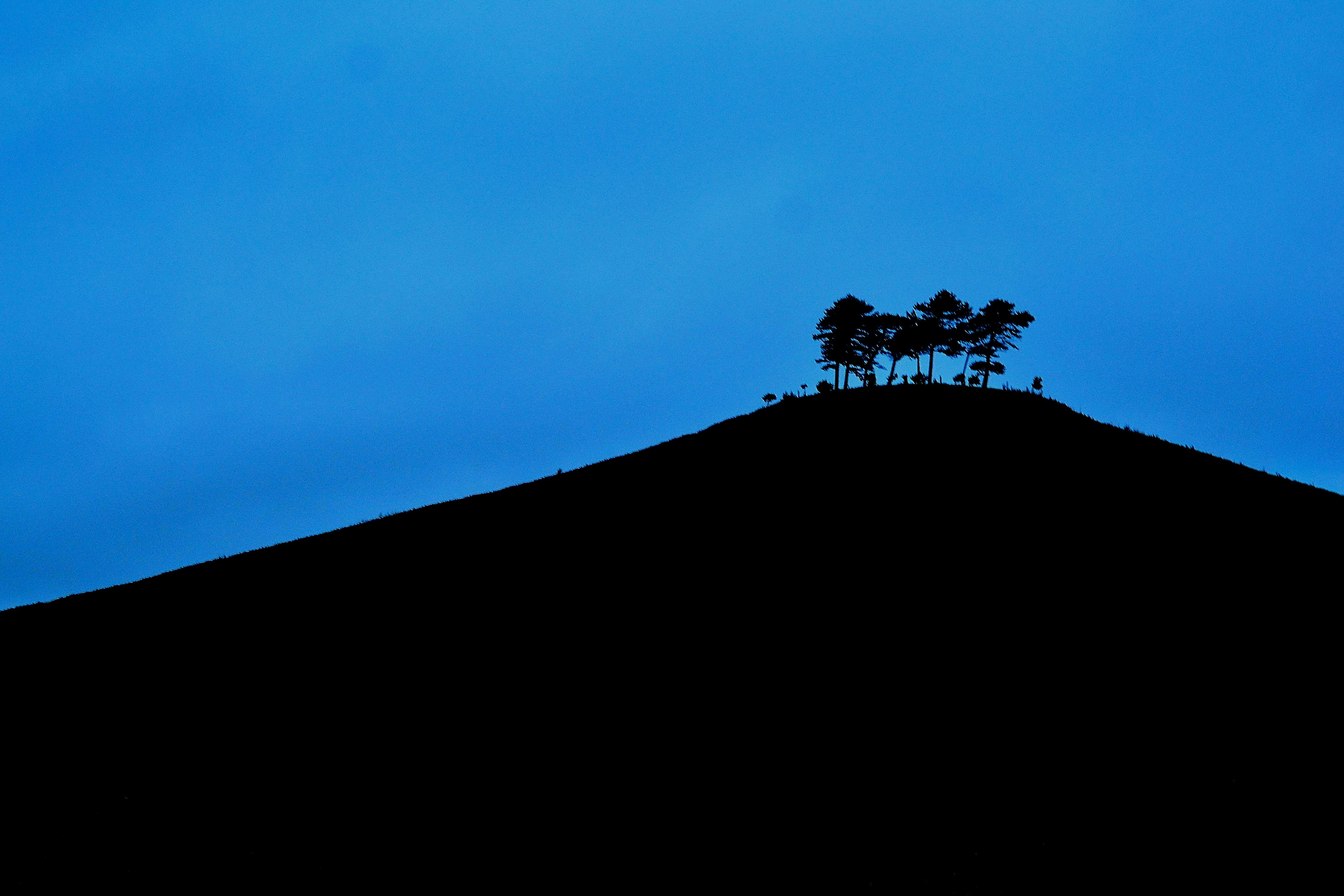