On Saturday morning we walked down to the seafront and waited for the first bus to Porthcurno. 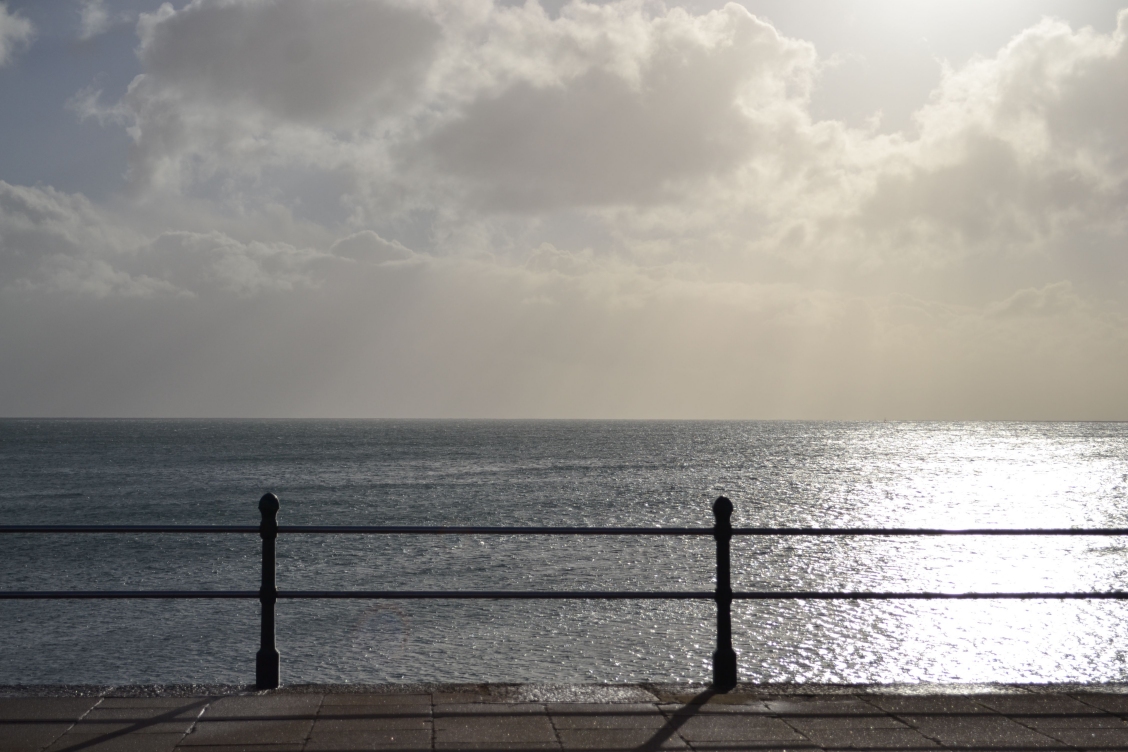 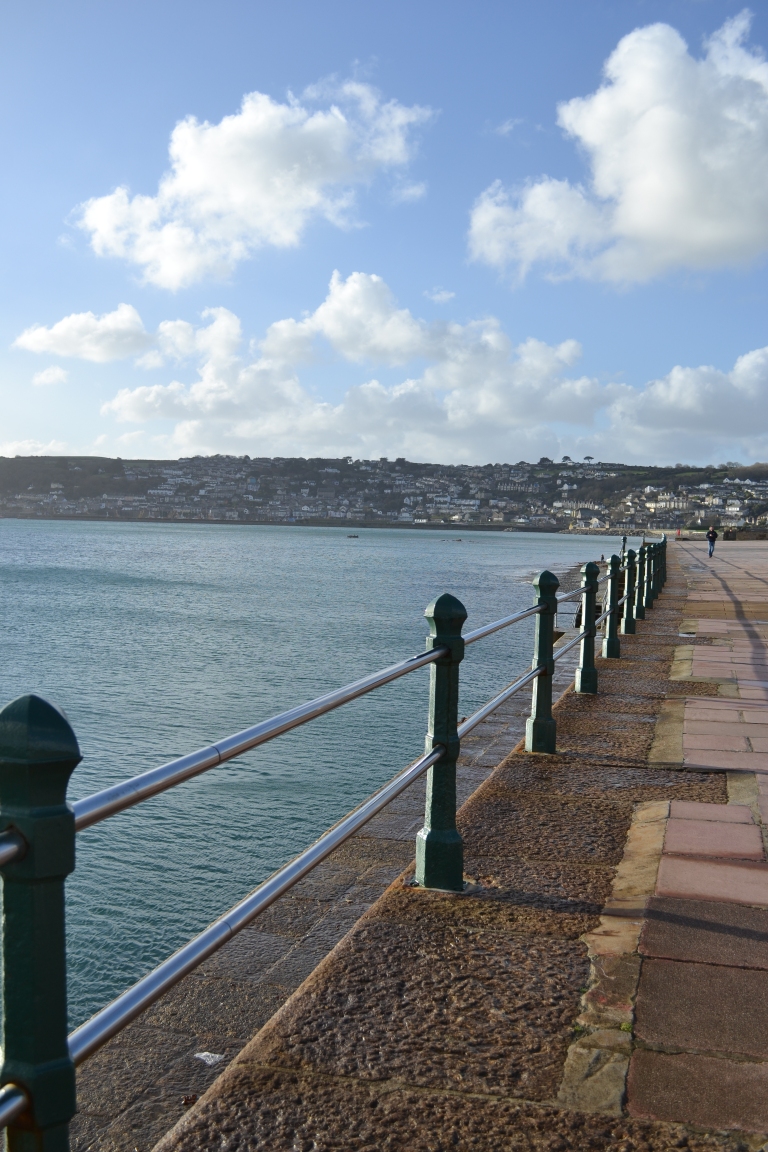 The bus took us along narrow windy lanes, passing farmlands into Porthcurno.  A large building housing the Telegraph Museum dominates the area where the bus stops.  After a steep walk to the top of the hill we entered The Minack Theatre.

Firstly, I’m going to give you a little of the history of The Minack Theatre and then just let the photographs do the talking,

In 1929, local drama enthusiasts put on an out-door performance of A Midsummer Night’s Dream on a grassy meadow about a mile inland from the Minack. It was a great success and a couple of years later the players were looking for a venue to perform The Tempest.

Rowena Cade, who lived in Minack House, decided that the cliffs below her garden would be the perfect setting, and over the winter of 1931 and into 1932 she and her gardener, Billy Rawlings, moved endless granite boulders and earth, creating the lower terraces of the theatre, much as they are today.

The Tempest was big success, even gaining a positive review in The Times, and over the next few years Rowena and her gardeners made many improvements, building a throne for Antony and Cleopatra and creating the beginnings of the stage structures you see today. 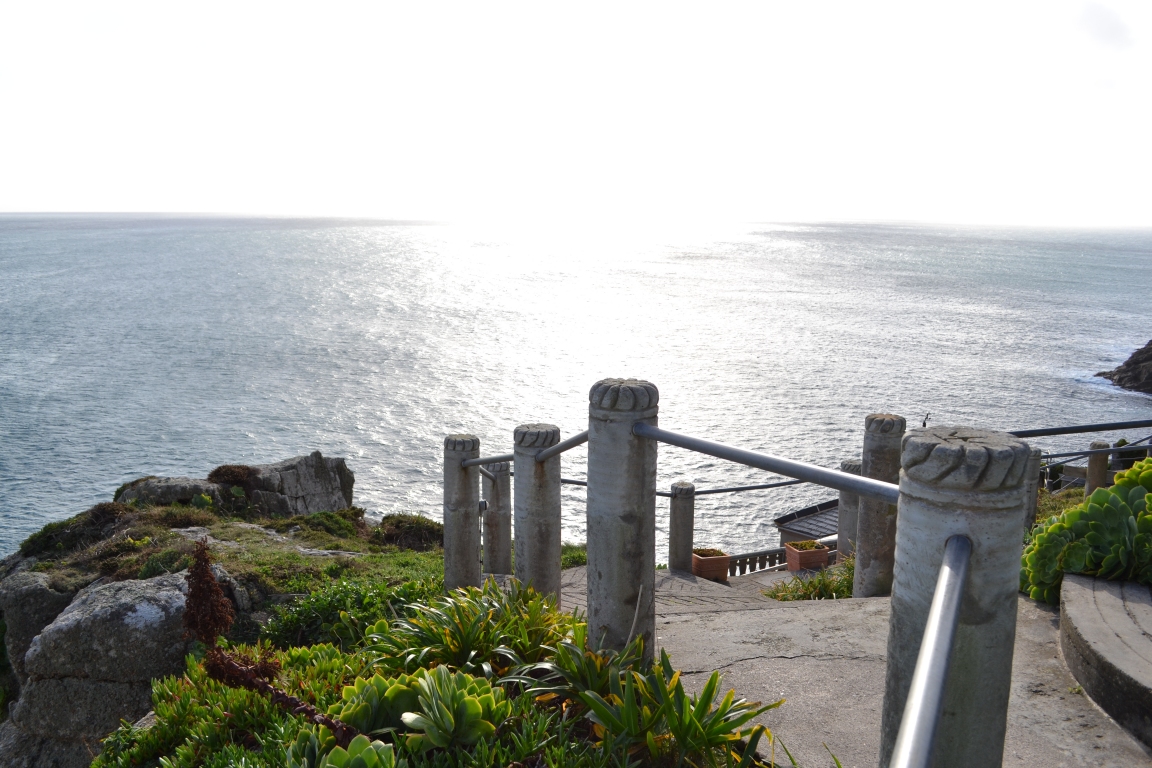 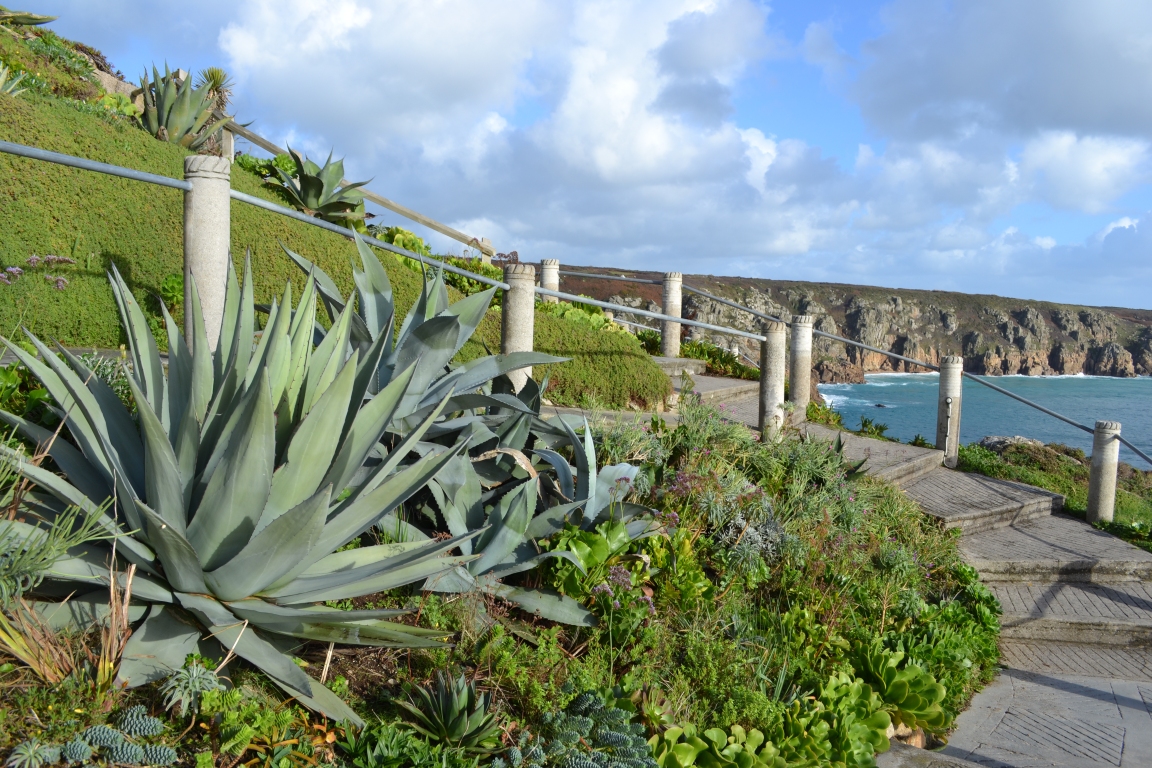 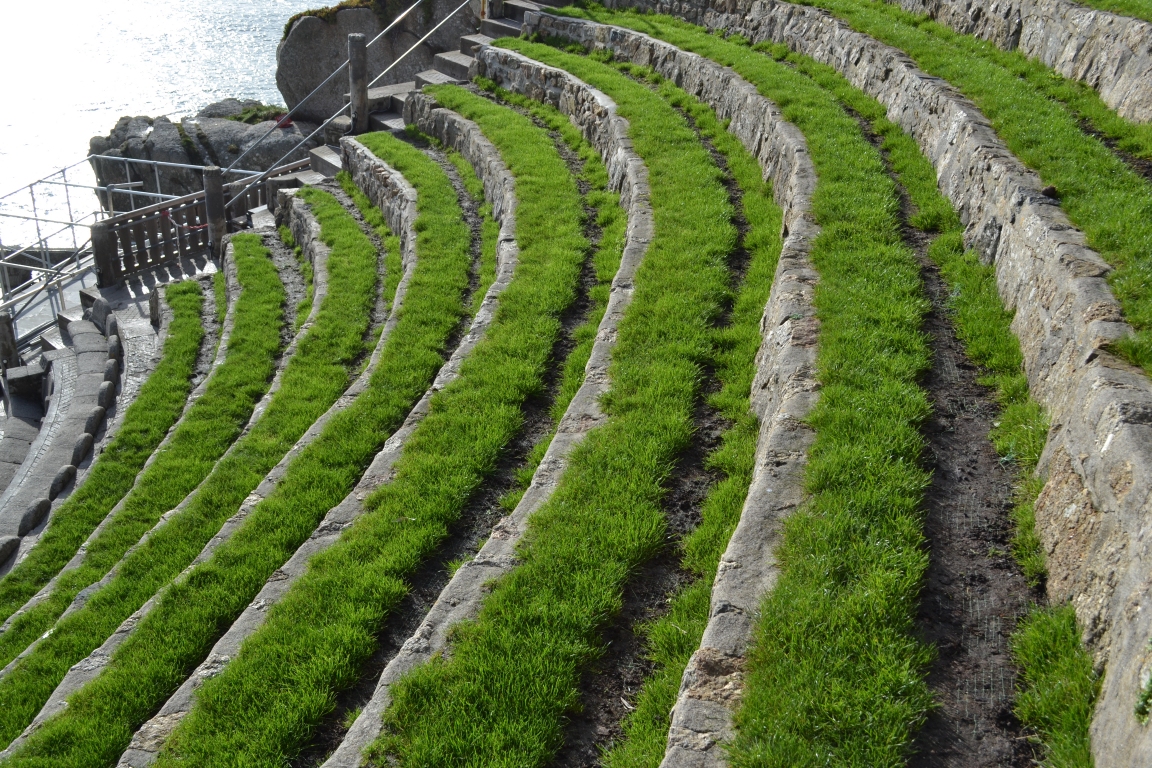 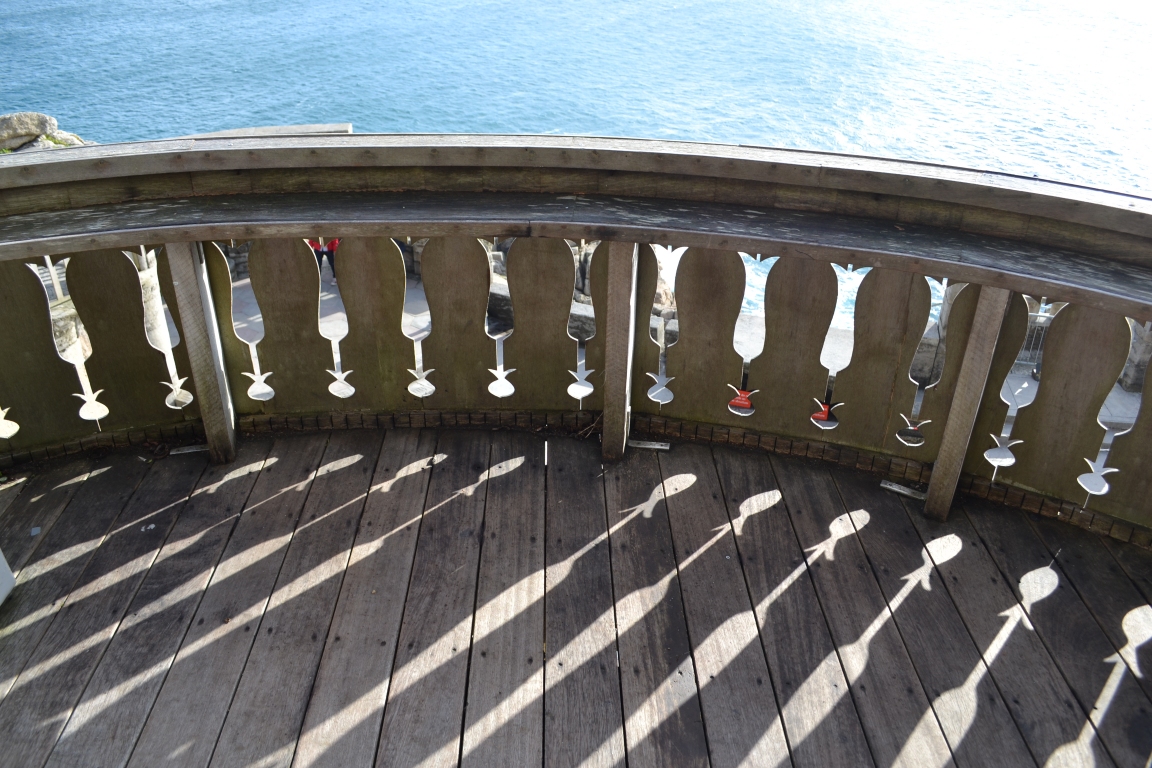 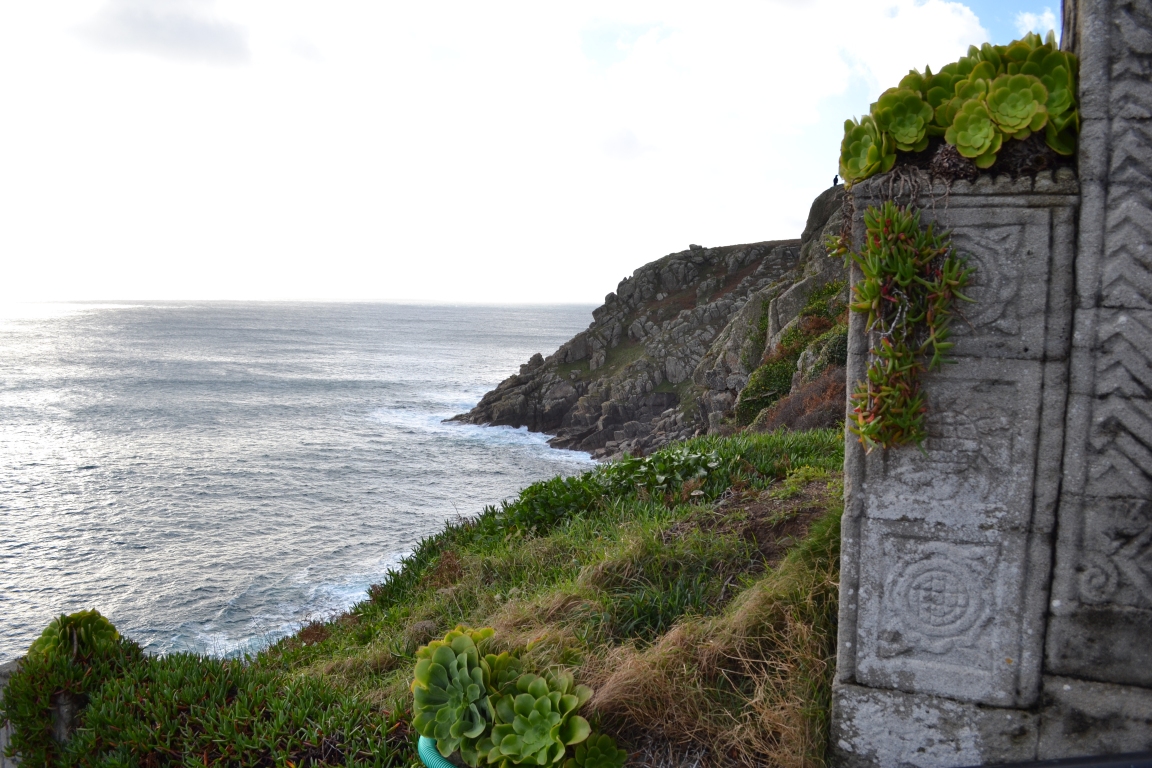 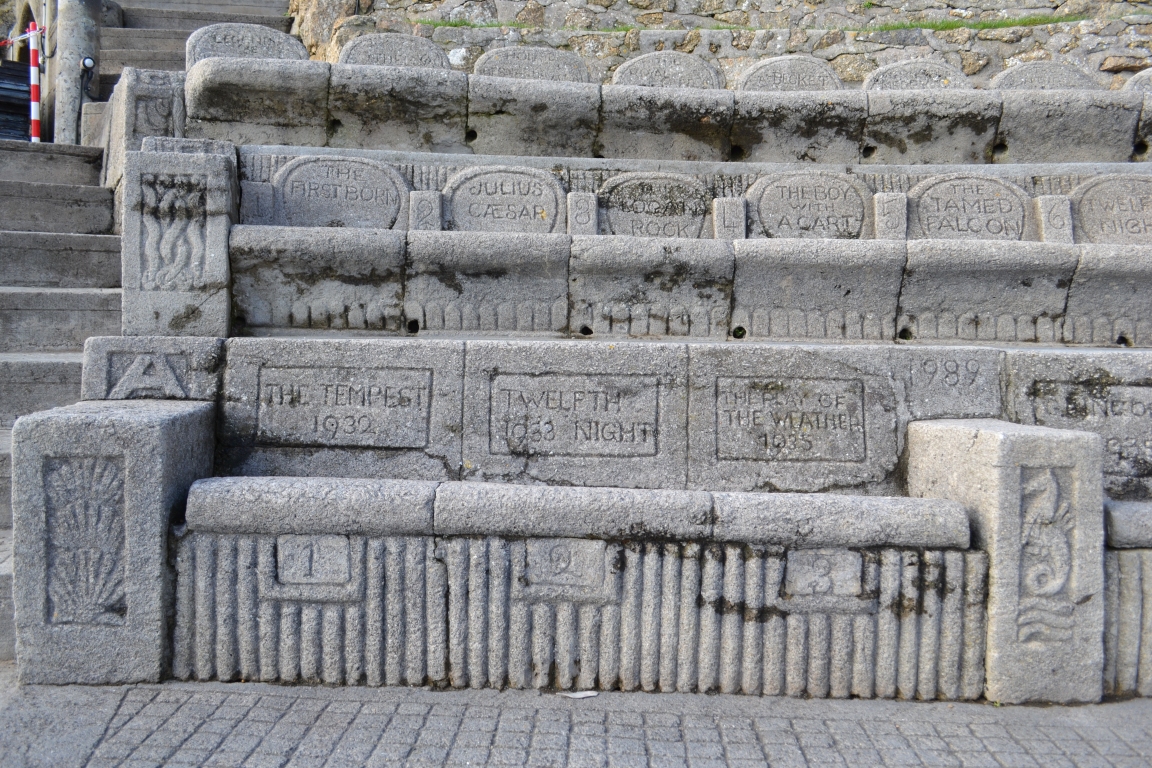 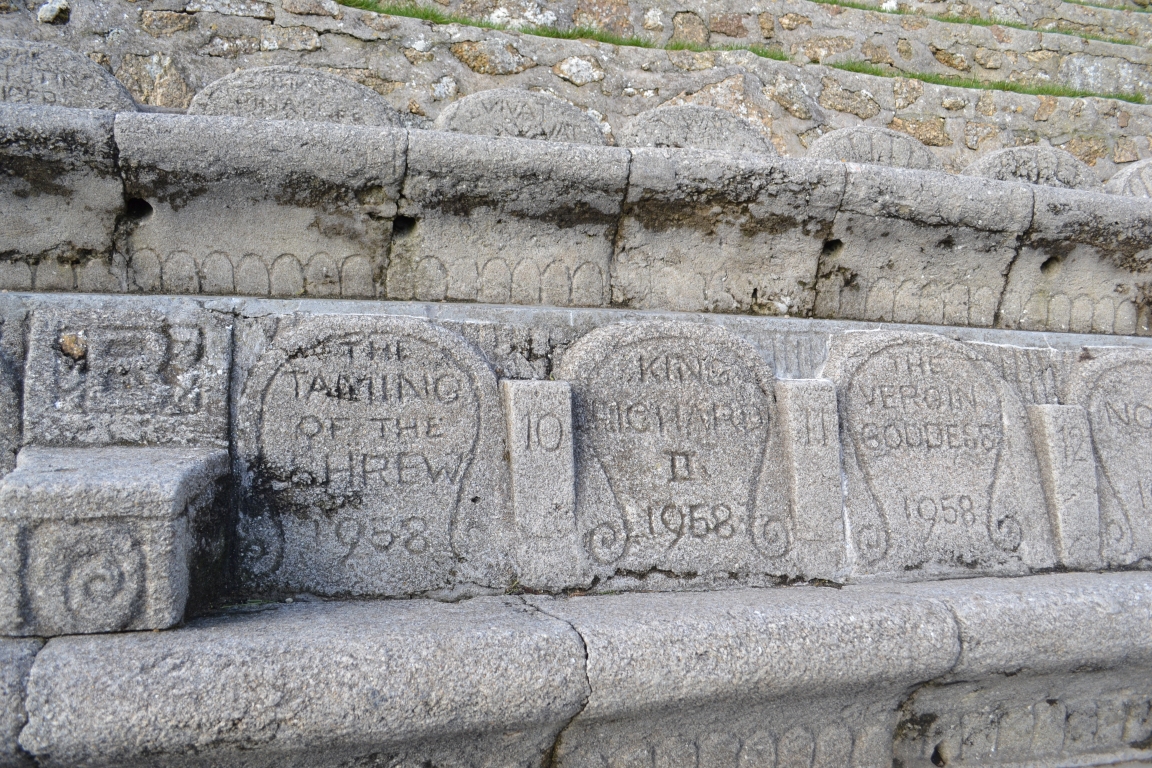 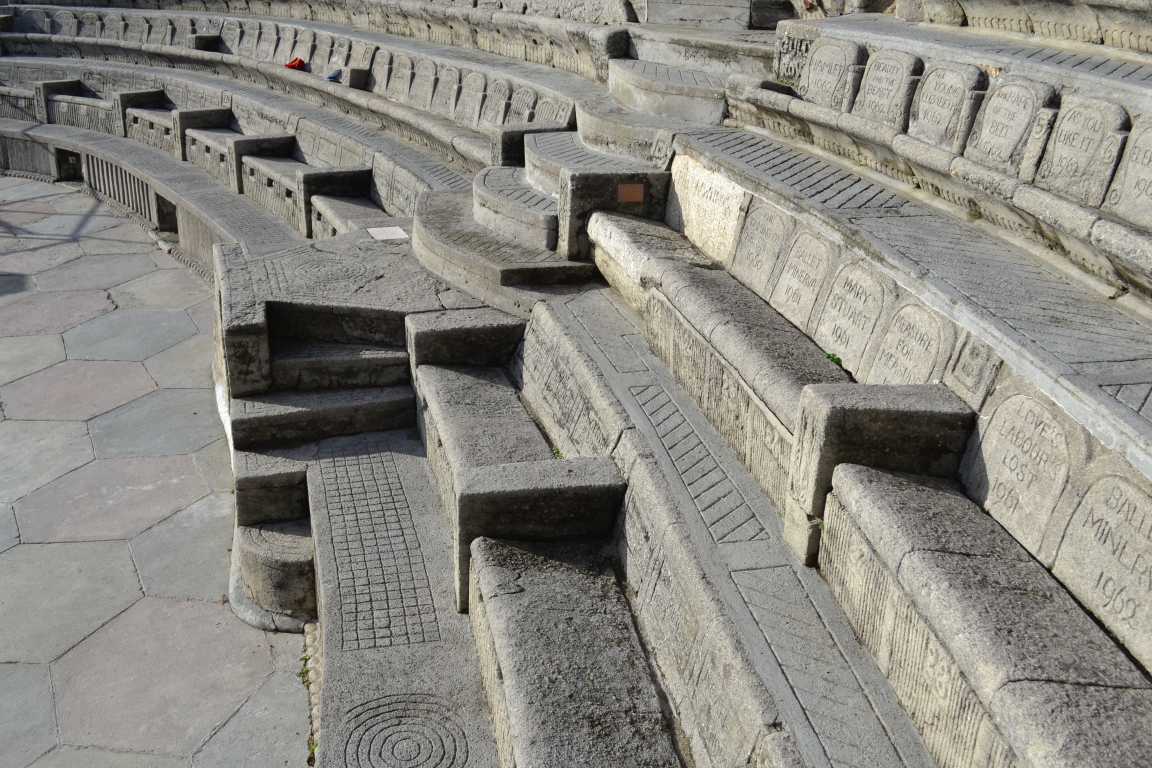 Although the Minack is built into huge granite cliffs, almost all of the theatre is made from concrete, mixed with local beach sand. Rowena carried many tons of sand from Porthcurno to the theatre where the concrete was used for seats, pillars, steps and walkways. Many of the seats in the theatre bear the name of a play or performance, each carefully carved into the wet concrete, and Rowena carved many intricate designs into new structures as they were made. 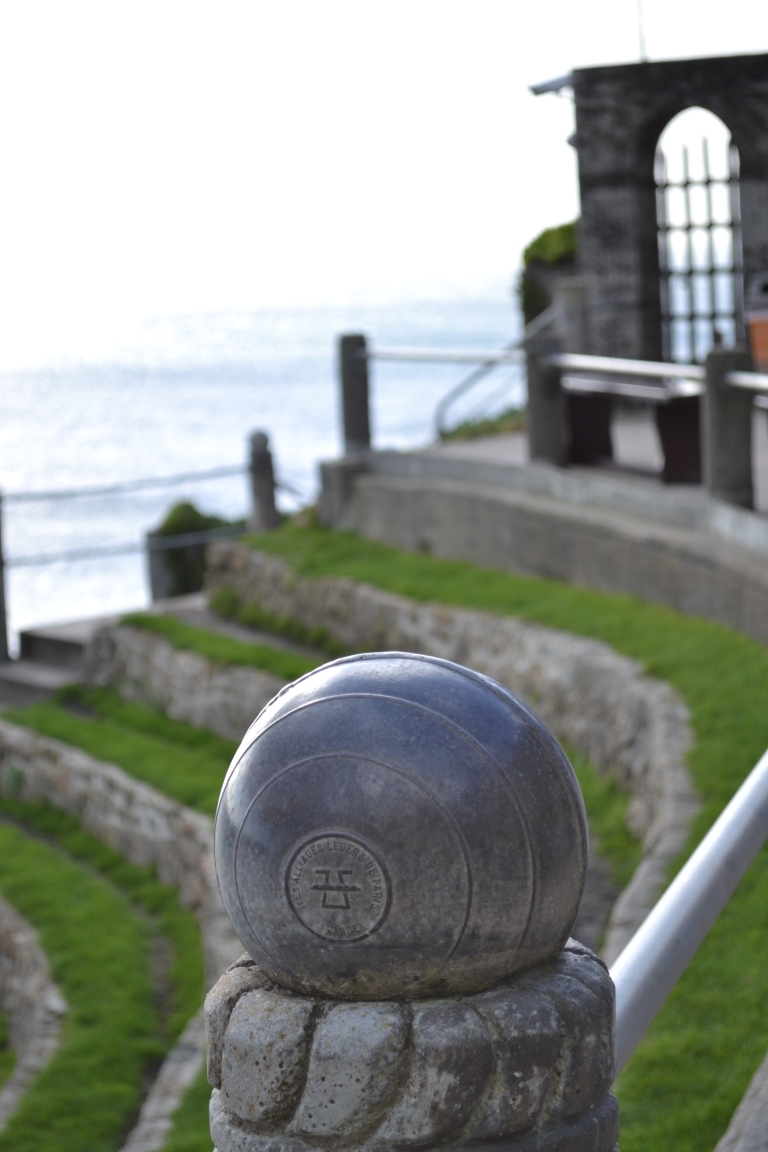 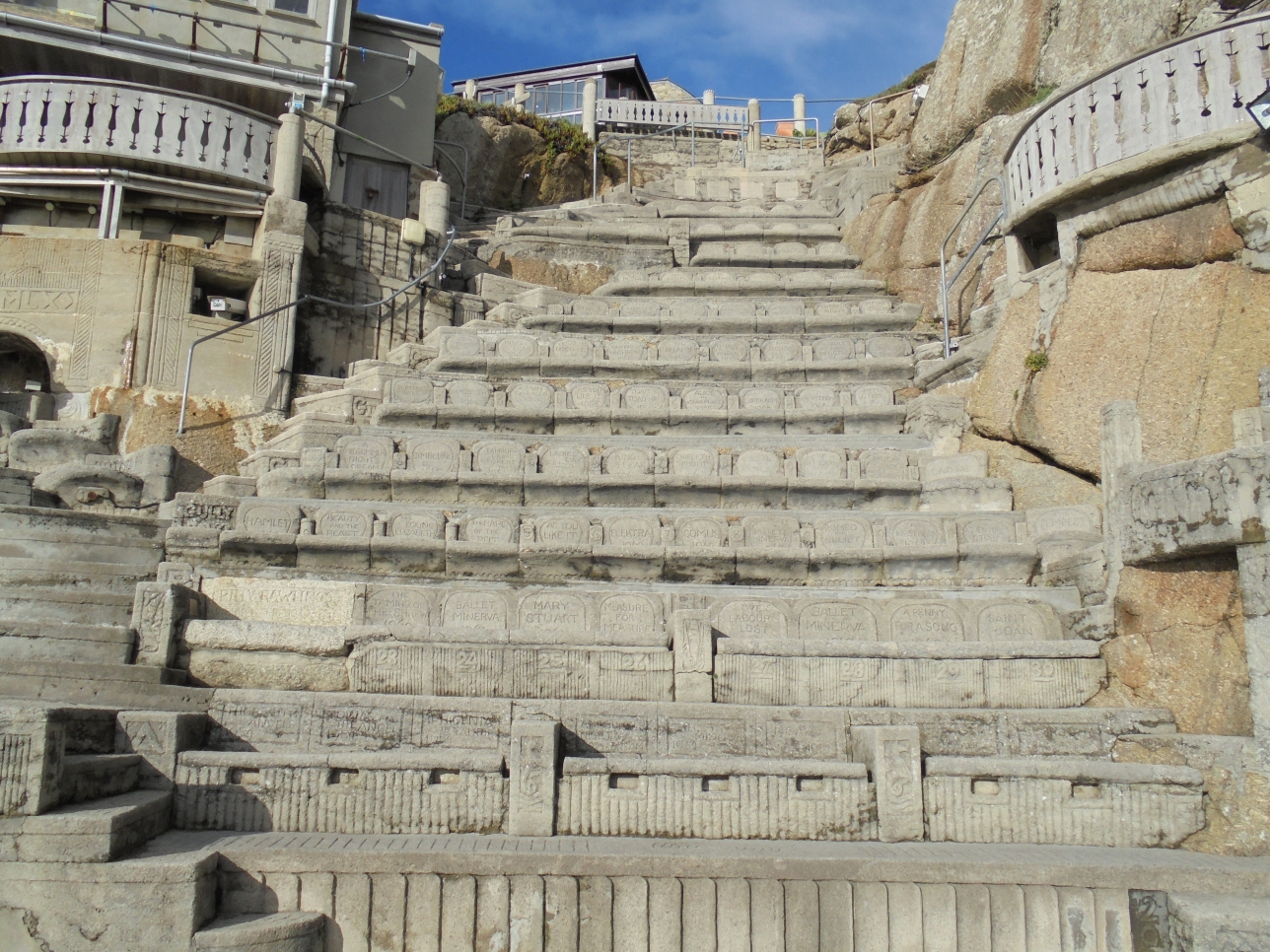 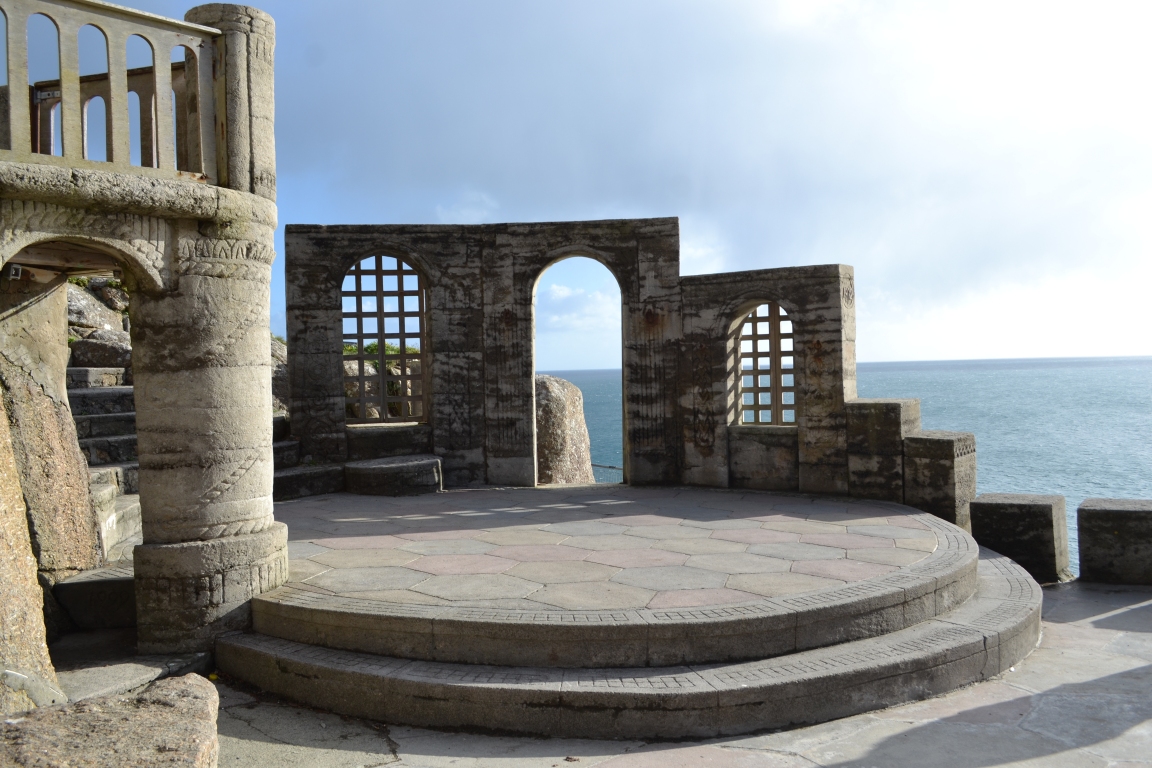 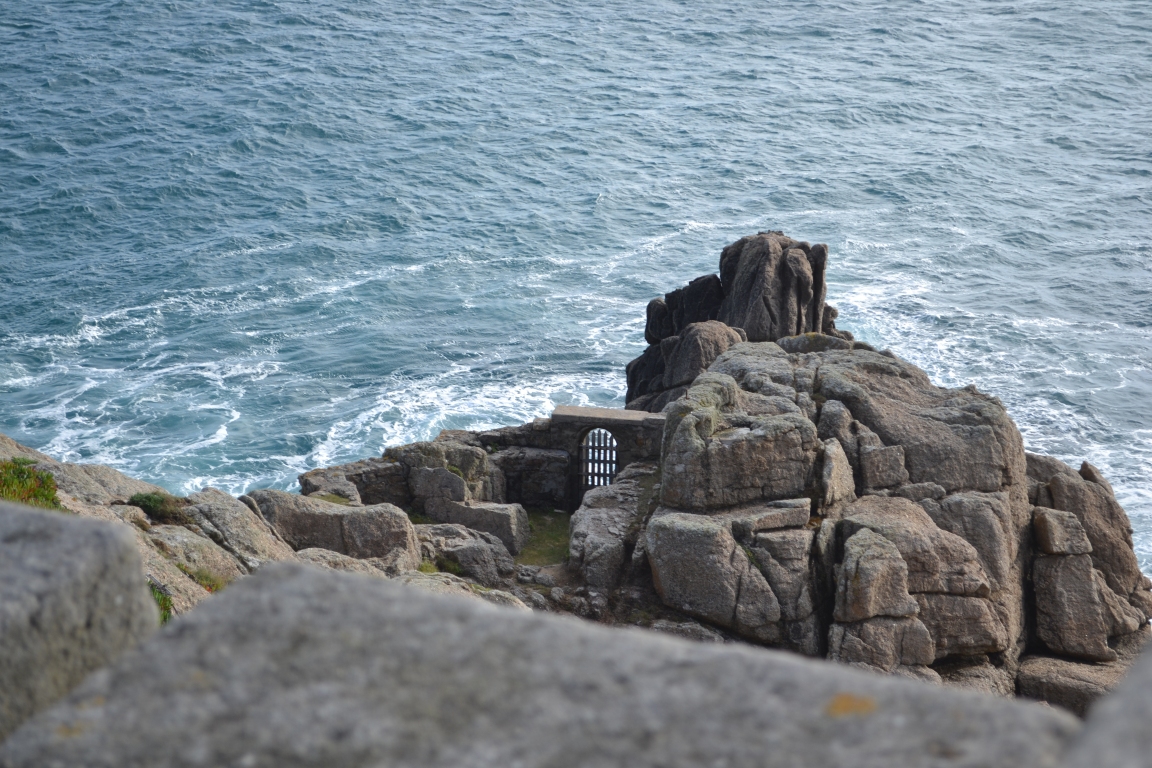 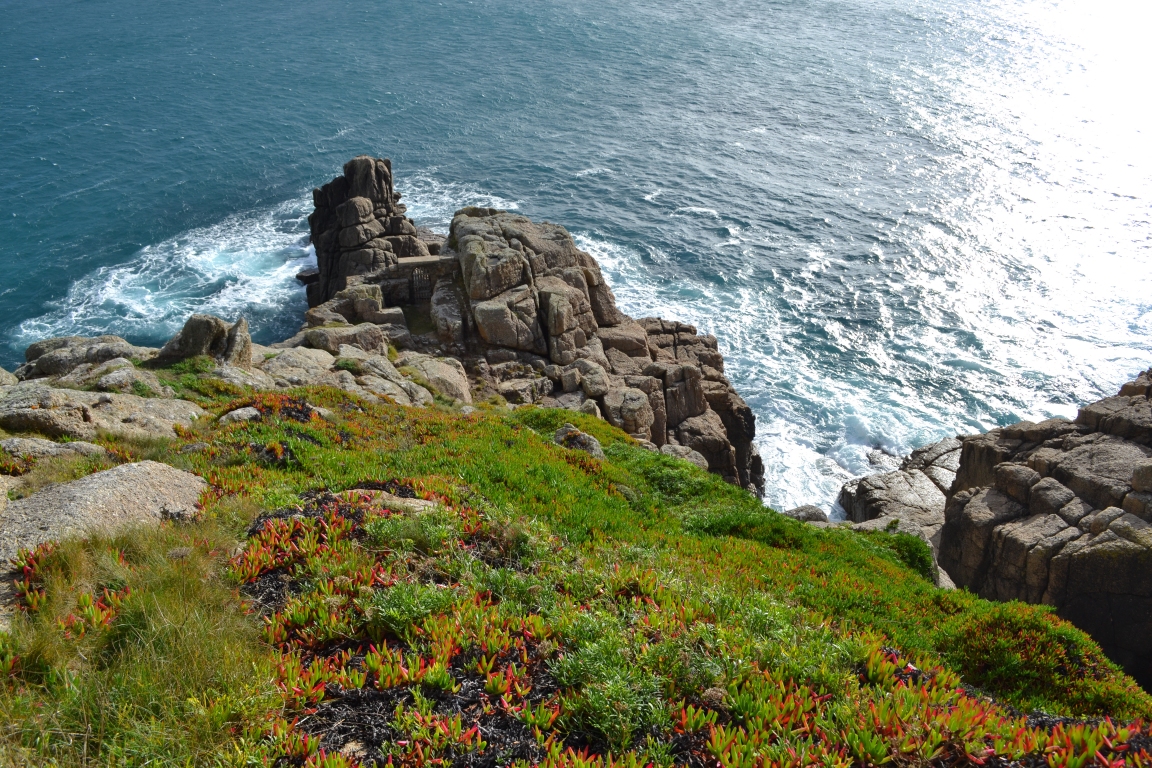 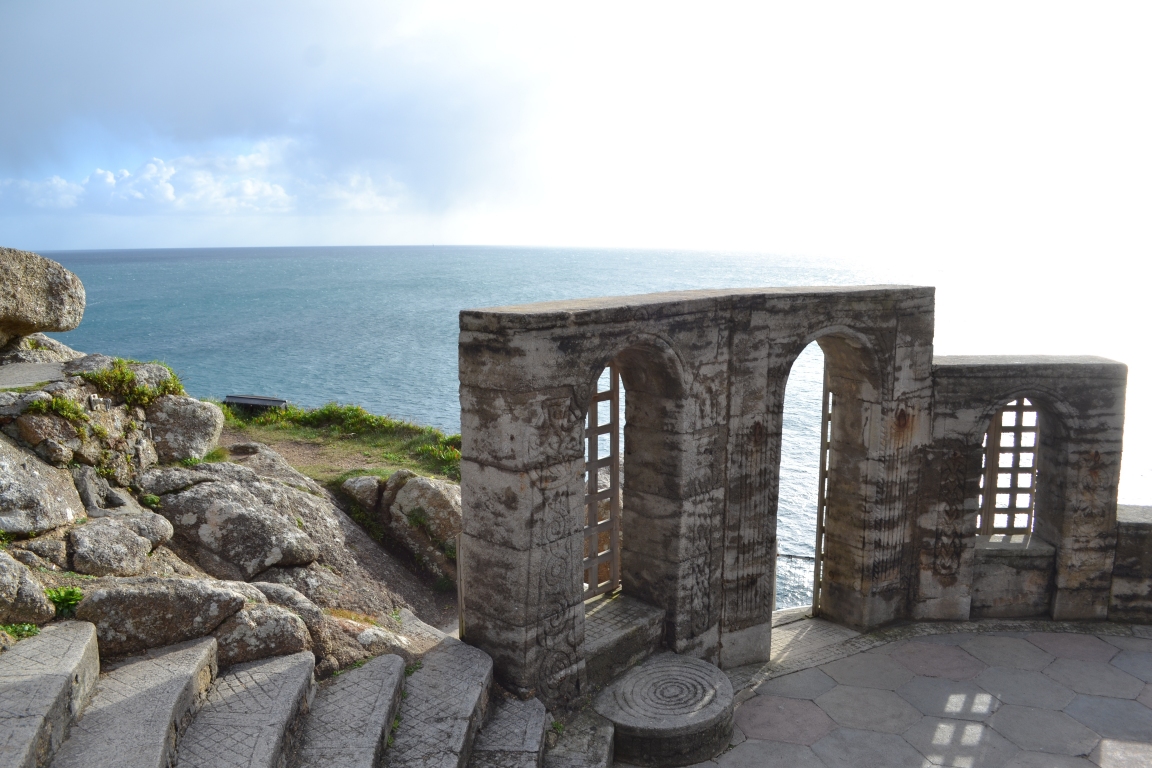 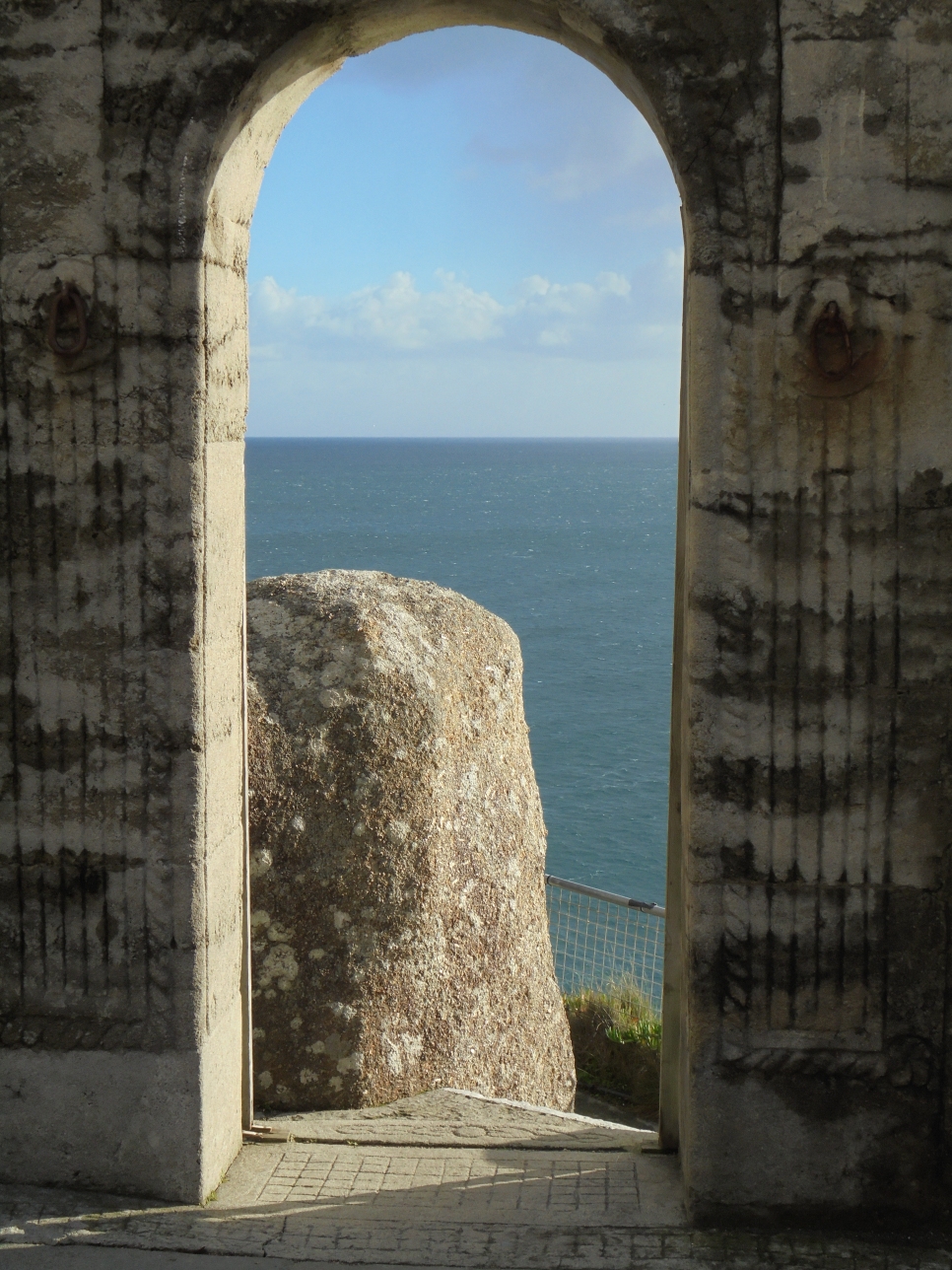 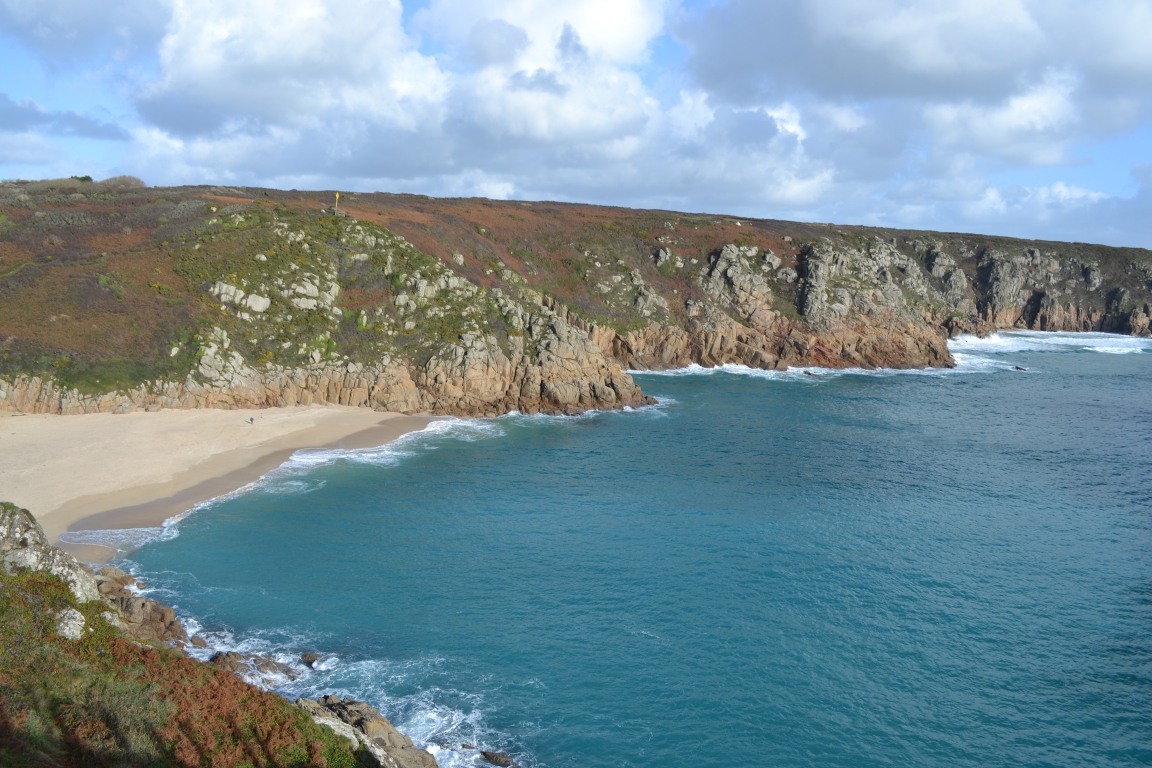 I don’t think I have seen a place more beautiful.

We only stayed for an hour because we had to get back to Penzance to catch the train home but we’ll definitely return, hopefully to actually see a play or concert.

Rowena Cade must have been an incredible woman and I would love to have met her.  Not only did she have the amazing vision to design and build the amphitheatre but continued working on it until well in her 80′s.