If you ever find yourself in London somewhere between Tower Bridge and Monument and you just want to find somewhere quiet to eat a sandwich, nestled between Great Tower Street and St. Dunstan’s Hill is a hidden gem;  St. Dunstan in the East Church Gardens is an oasis of peace, light and bird song tucked away from the hustle and bustle of City life. 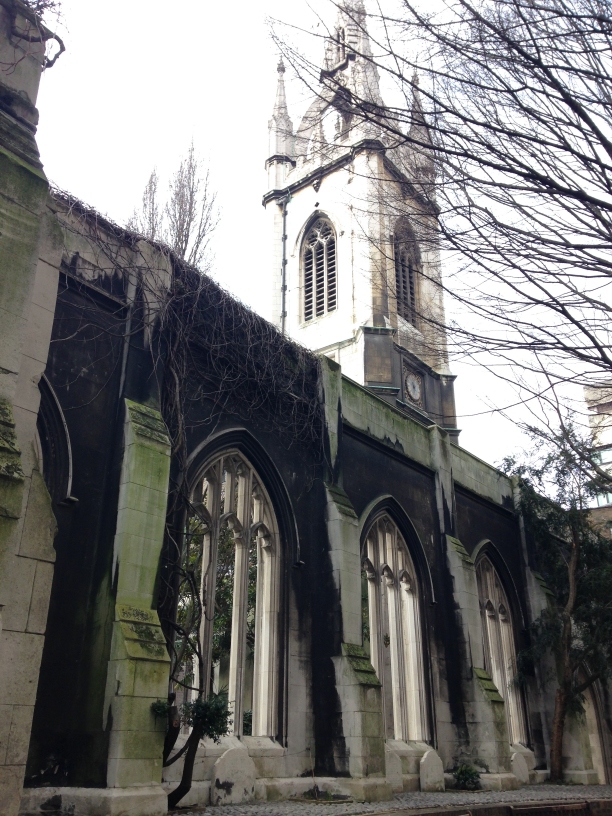 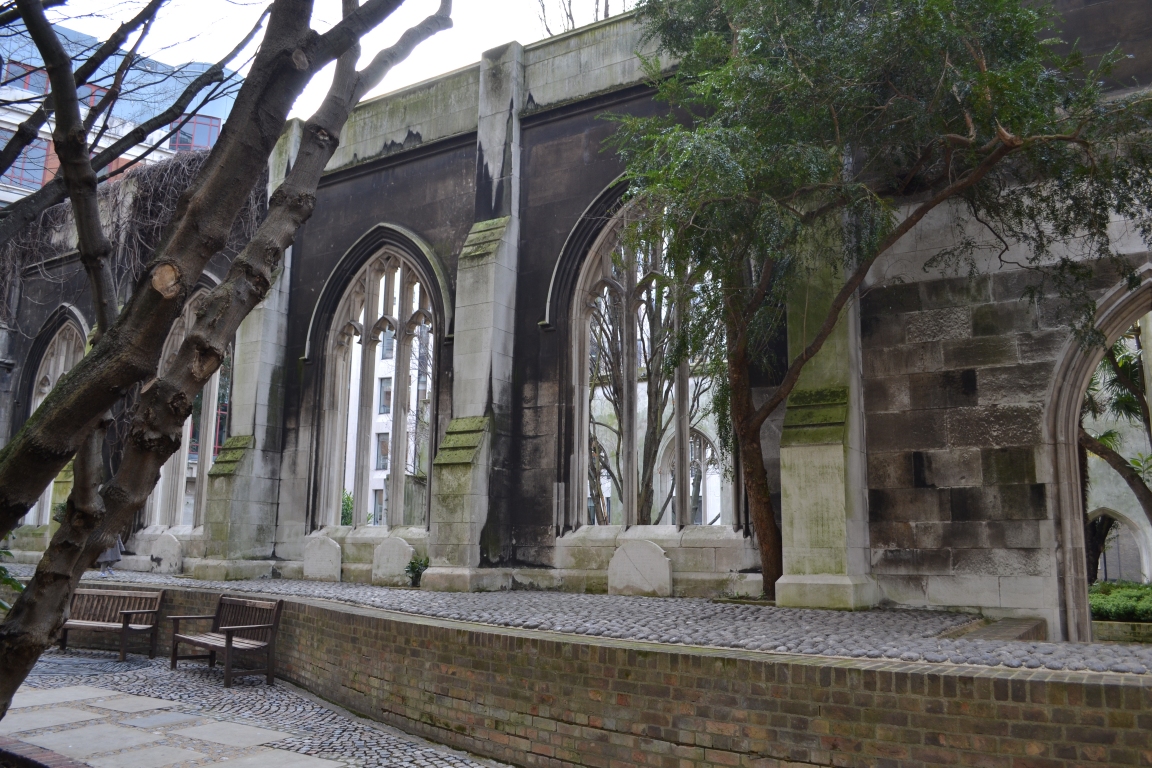 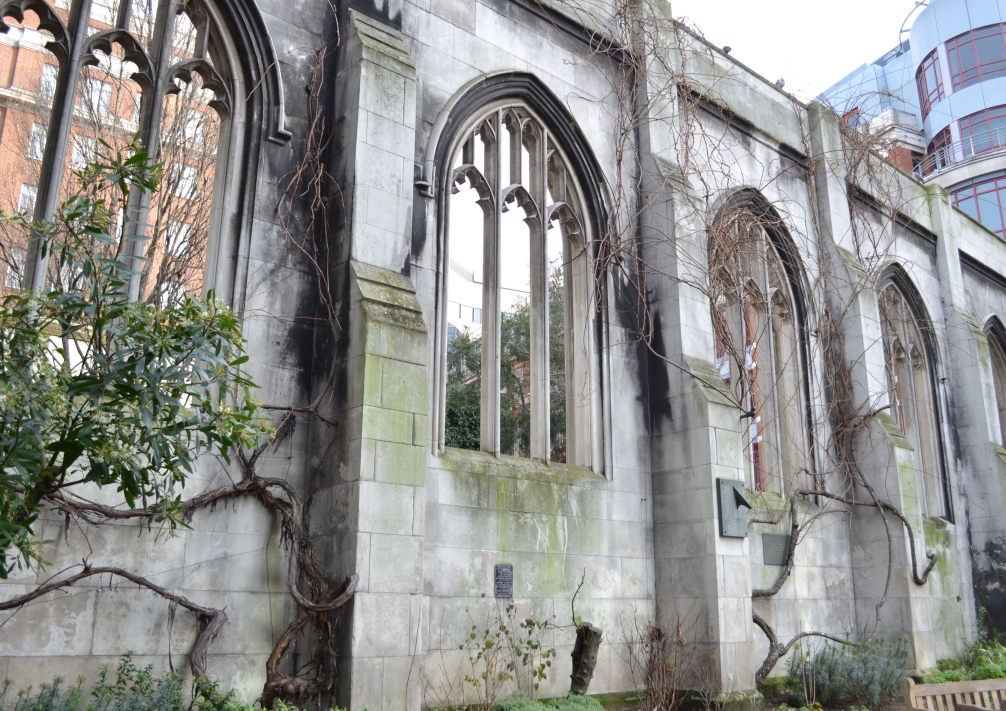 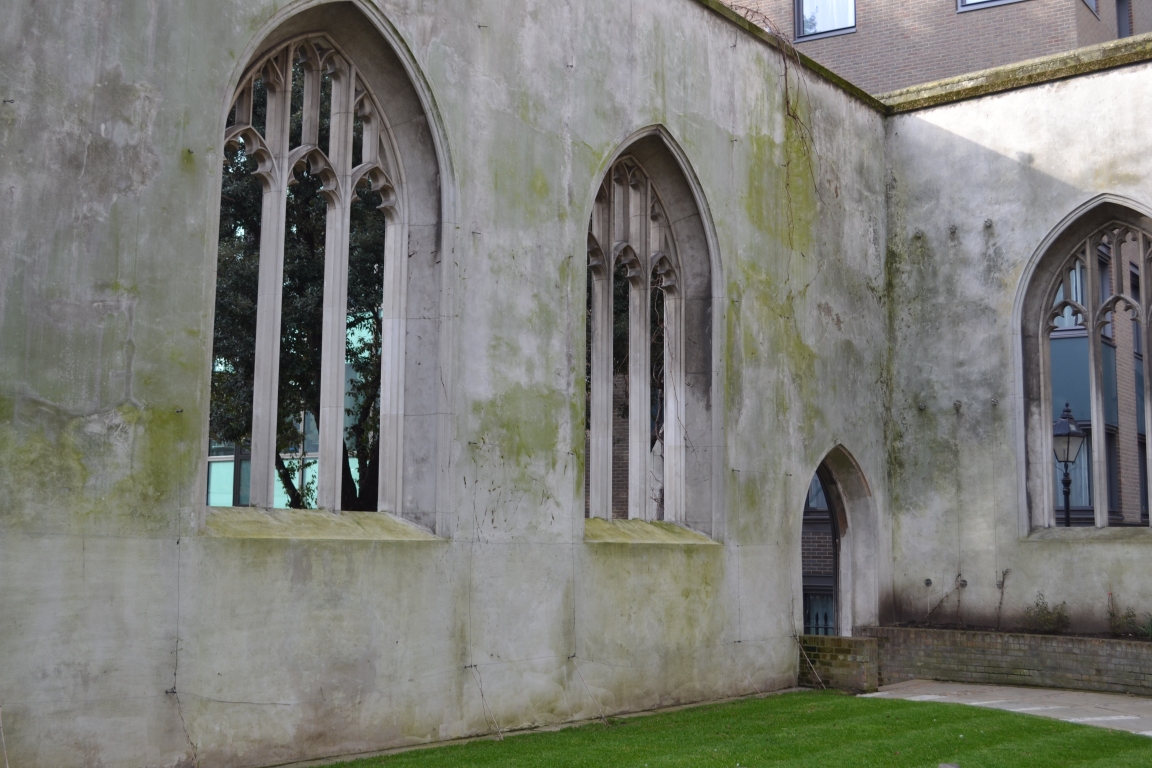 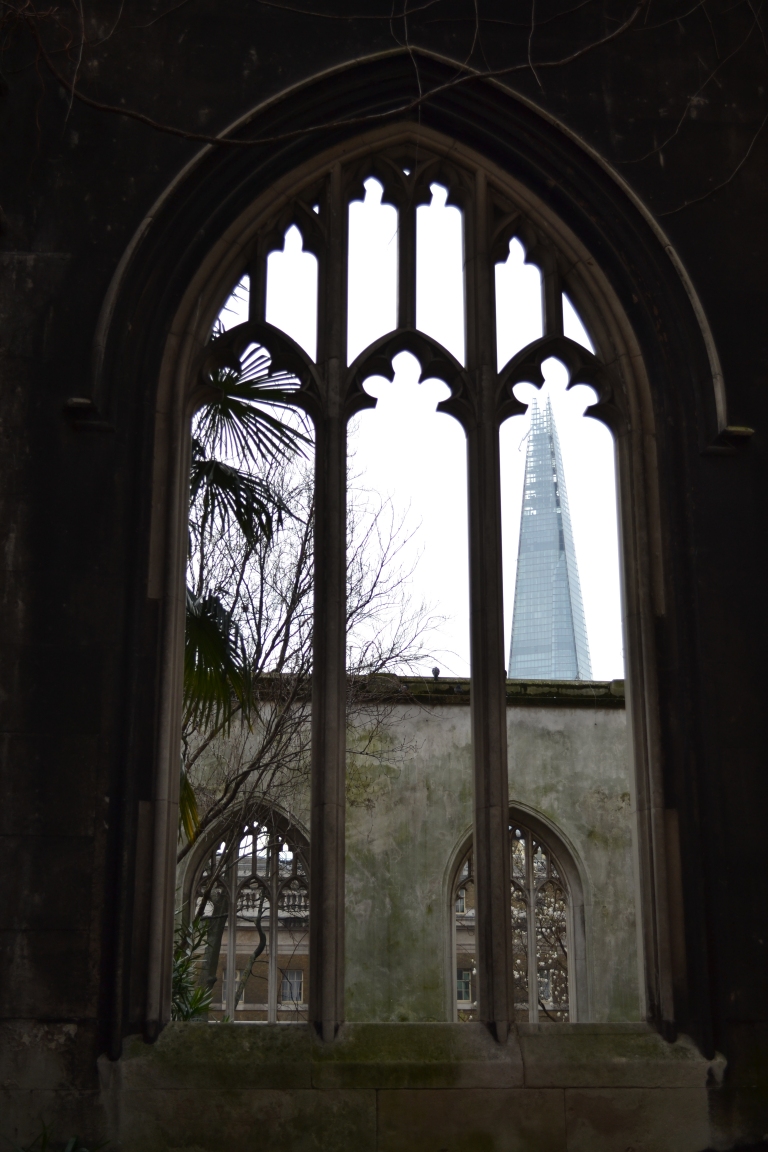 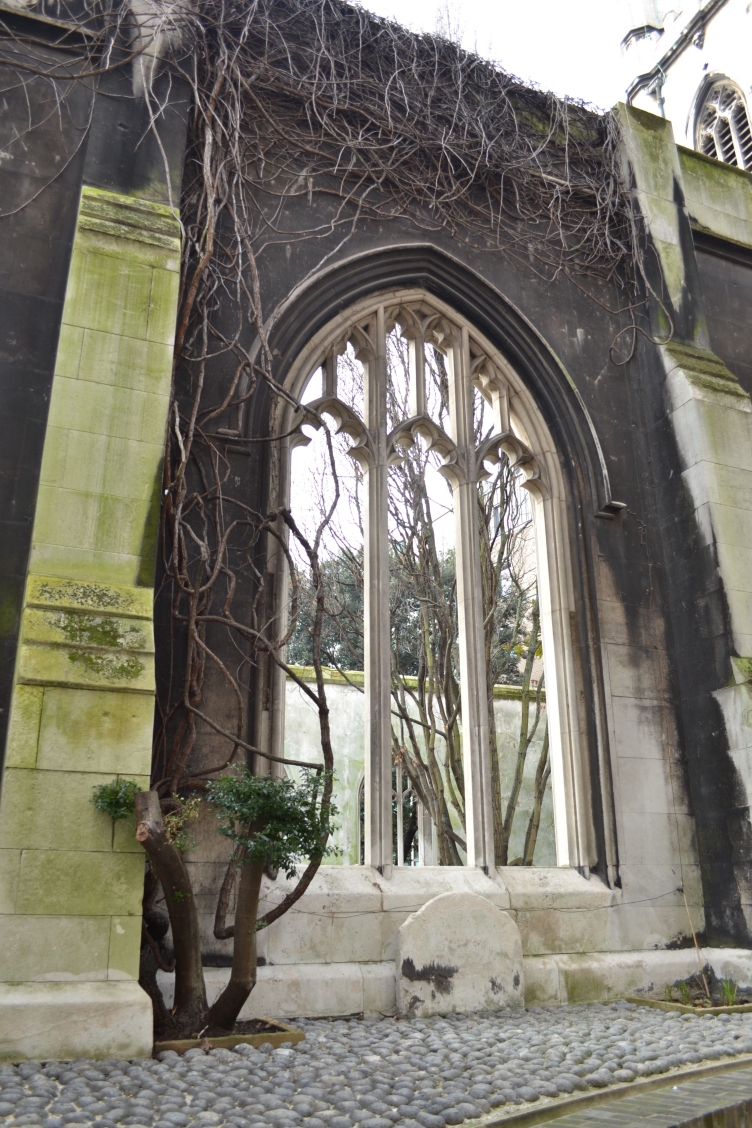 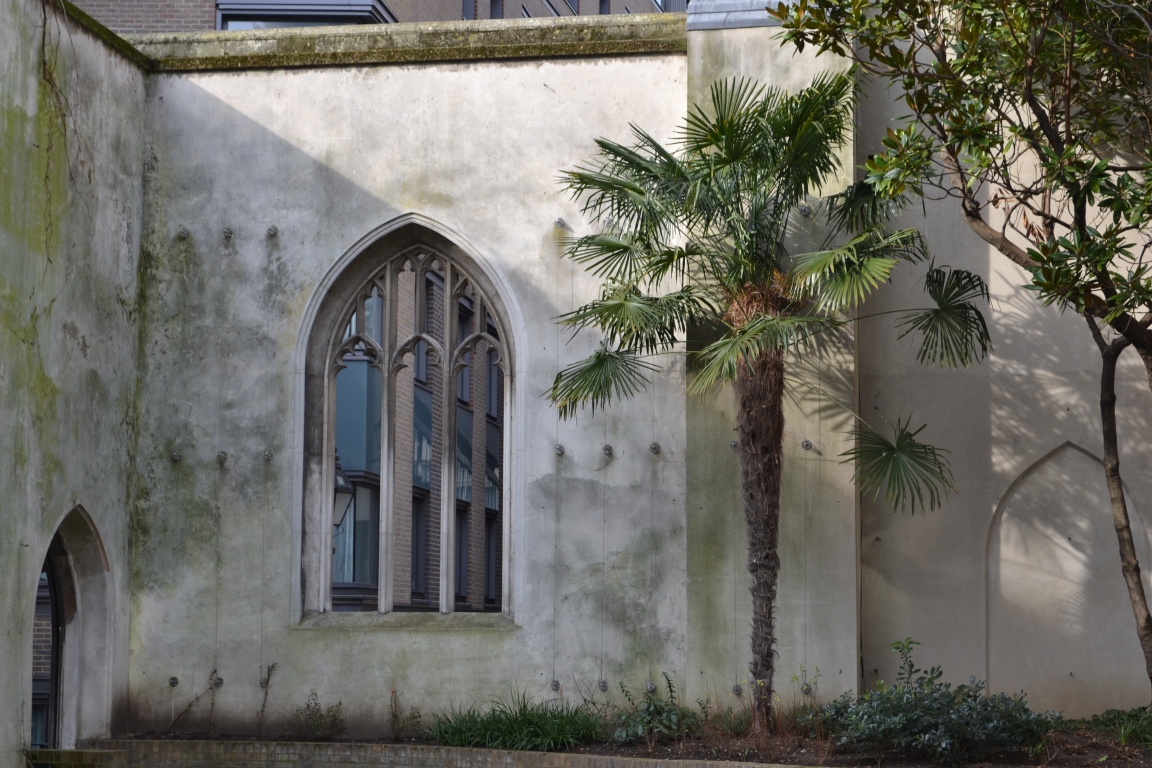 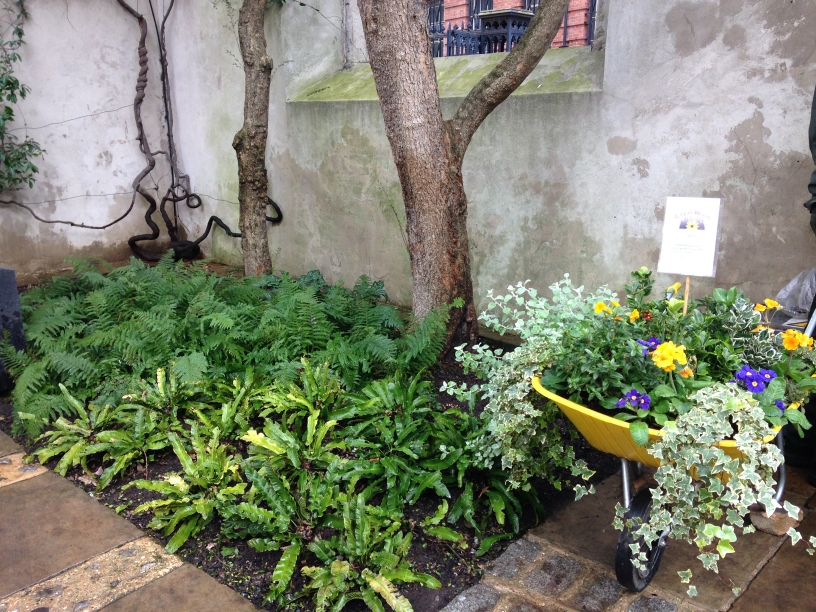 “St. Dunstan in the East was built in the early 12th century and survived unscathed until the Great Fire of London in 1666.  Although the fire seriously damaged the church, it was not severe enough to warrant a complete rebuild.  Instead, the church was patched up over the next 30 years, with the final stage being a replacement steeple, designed by Sir Christopher Wren and retaining the same gothic style as the original steeple.

The church fell into decline by the early 1800′s and the decision was taken by the local parish to rebuild it.  Although this was a complete rebuild, Christopher Wren’s gothic steeple was retained.

In 1941 the church was completely gutted in the Blitz of World War II and lay in ruins for the next 25 years; in fact, the only parts of the church that were left unscathed were Wren’s tower and steeple.  Eventually, the City of London Corporation decided to incorporate the ruins into a garden in 1967 and it was opened to the public in 1971.”

Even though I worked in the City for many years I had no idea this oasis of calm existed such a short walk away.  Thumbs up to my friend, Janice for letting me in on this well kept secret 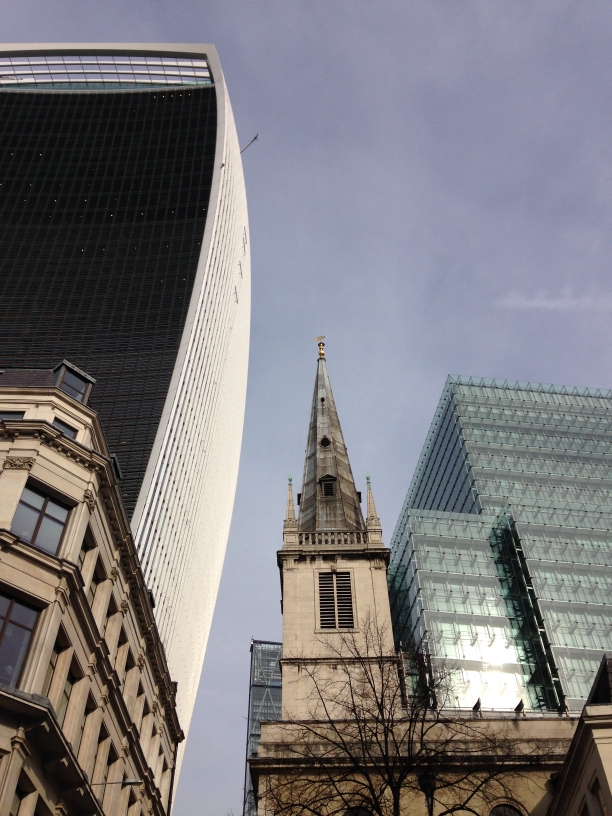 Old and new structures sitting side by side. 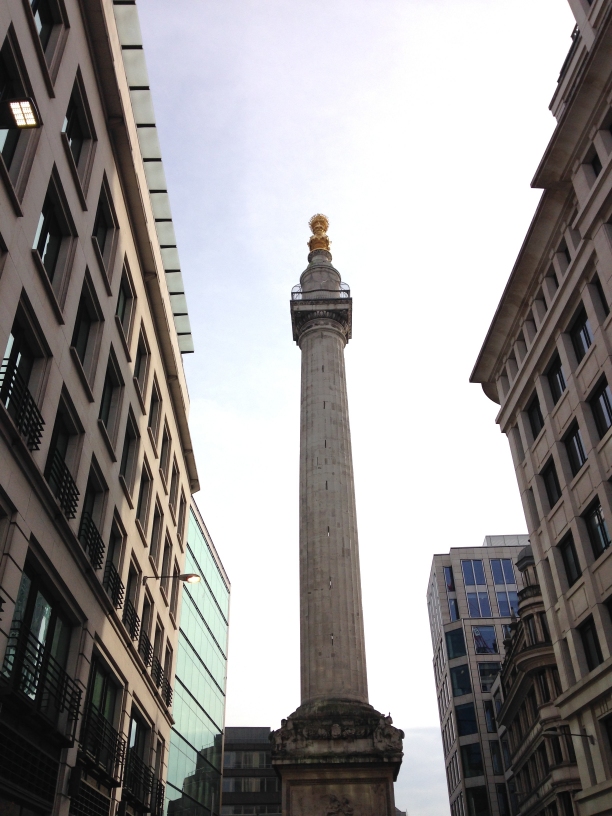